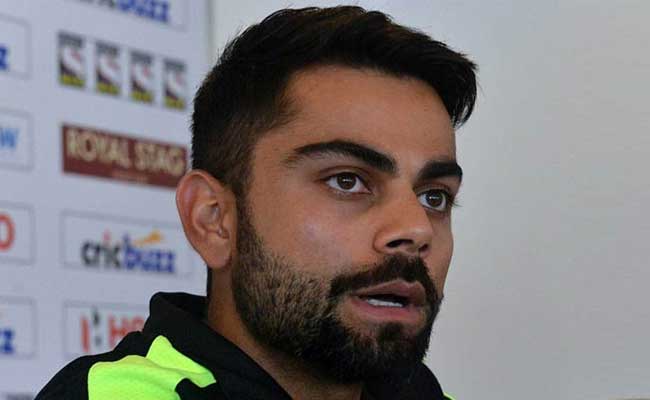 AAP claims Indian Test Cricket captain Virat Kohli had told a daily that he was asked for a favour to get him into the Under-14 Team.

New Delhi: The Aam Aadmi Party today used an interview of Indian Test cricket captain Virat Kohli to claim a rotten state of affairs in the Delhi Cricket body at the time when it was headed by Union Finance Minister Arun Jaitley.

Claiming that many players in the national team were in touch with Aam Aadmi Party (AAP) regarding the alleged irregularities in Delhi and District Cricket Association (DDCA), the ruling party in Delhi also dared the cricket body to file a defamation suit against it, which it had threatened to do yesterday.

"In the press conference yesterday DDCA's acting president Chetan Chauhan said that the DDCA has produced players like Virat Kohli who captained Team India. They also claim that Virat Kohli has come out in praise of Mr Arun Jaitley," said AAP leader Ashutosh.

"But in an interview on December 18 in a national daily, the same player said that he was asked for a favour to get into him into the Under-14 Team. This was dismissed by his father. And Mr Jaitley was the President of the DDCA. This reflects that there were irregularities in the selection of the team," he added.

Incidentally, many players, including Mr Kohli, had come out in support of Mr Jaitley after the charges were levelled against him over alleged irregularities in the DDCA which is responsible for all cricketing activities in the state.

AAP had yesterday accused the Finance minister of putting pressure on the then Delhi Police Commissioner to "close" investigation involving a cricket club of a bank in 2011, while suspended BJP lawmaker Kirti Azad claimed the Serious Fraud Investigation Office (SFIO) probe report had recommended his "prosecution".

"By trying to shield those involved in the DDCA irregularities as the Leader of Opposition, Jaitley has committed a constitutional crime, an offence against the country," Ashutosh said.