The rise of fake news along with all kinds of machinations such as data theft, data harvesting, profiling, targeted communication has affected elections, referendums globally, said Chief Election Commissioner 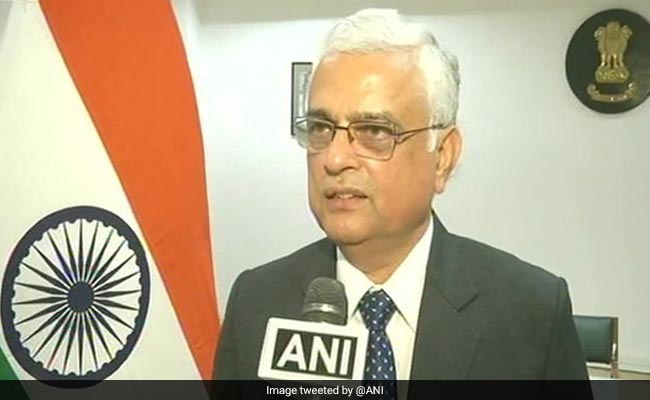 Chief Election Commissioner OP Rawat said on Saturday the potential threat to democracy is due to rise of all kinds of machination such as data theft, data harvesting, profiling and targeted communication.

"The rise of fake news, the make-believe things, the rise of all kinds of machinations such as data theft, data harvesting, profiling, targeted communication has affected not only elections but outcomes of referendums the world over. These tools change the outcome of any process which is meant to translate popular will in a healthy decision-making, in a healthy representative government," O P Rawat said.

"That's the potent threat every democracy in the world is facing," Mr Rawat said while addressing an event organised on the International Day of Democracy by the Chief Electoral Officer (CEO) of Delhi.

"Here in our country, the Election Commission is seized of issues such as cyber-security and securing our data so that Cambridge Analytica kind of thing does not happen over elections," he said.

At a symposium on 'Challenges to Indian electoral democracy,' Mr Rawat said abuse of money power is the main concern during the elections.

He suggested there is no legal framework to control the black money, adding the commission has recommended many reforms to bring transparency in campaign finances.

He said that democracy requires courage, character, integrity and knowledge which are "diminishing and are on the verge of extinction in the country."

He said management of media, social media and paid news are major challenges. He also referred to enormous changes that have taken place on the ownership of social media.

He also mentioned "purification" of electoral rolls by removing bogus voters, saying the process will continue till the Election Commission is satisfied.