The forest department initially said the man was shot dead as villagers tried to snatch the gun of a forest guard who was part of the anti-encroachment team that was sent to the spot on Sunday. 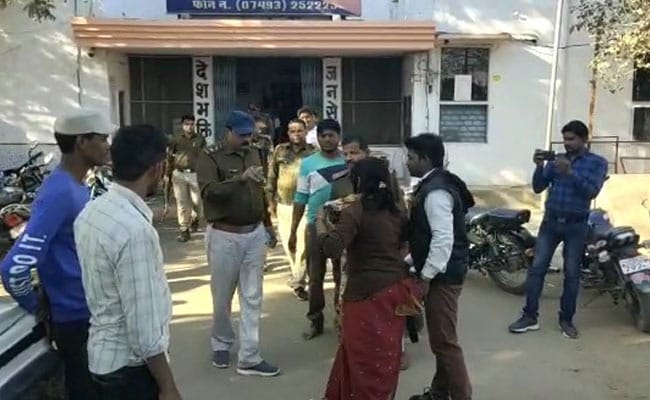 Fourteen people including a forest ranger have been charged for allegedly shooting a man in Madhya Pradesh's Shivpuri district after he tried to intervene in an altercation between his family and the forest department officials over filing water from a hand pump.

According to police, around 2 pm on Sunday, two daughters of the victim went to fill water and wash utensils near the Fathepur forest check post hand pump, when few officials from the forest department arrived there to fill water. During this time, water splashes on one of the accused, SK Sharma, police said, and added he started using casteist slurs after which one of the girls rushed home and returned with her father Madan and uncle Pankaj. Soon a fight broke out between them and the forest officers.

When the brothers attempted to flee, the forest staff shot at them resulting in the death of Madan, police said. Pankaj sustained a bullet injury on his leg.

"When we reached the spot in the forest there were many officers and they started to manhandle us. They fired at us and my brother was killed on the spot. I was shot in my leg," Pankaj said.

Karera police station in-charge, Rakesh Sharma said, "We have filed an FIR against 14 people based on a complainant by the victim's wife."

Ten accused in the FIR have been identified, while the rest four are unknown. Of the 10, five have been arrested.

"Madan's father is also working for the forest department. There are many reasons for the incident, we have acted as per the complainant but further investigations are on. There are 10 named accused, four unknown in which the main accused Suresh Sharma is being arrested and questioned," police officer Rajesh Singh Chandel told NDTV.

The forest department initially said the man was shot dead as villagers tried to snatch the gun of a forest guard who was part of the anti-encroachment team that was sent to the spot on Sunday, but now they have also constituted an inquiry into the whole incident.

Villagers also staged a protest outside the Karera police station following which a murder case has been registered against 15 people including forest ranger Suresh Sharma. No arrests have, however, been made so far.