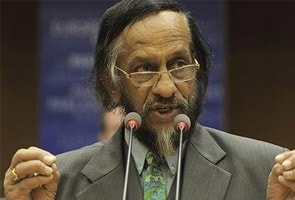 The international publication had been running a campaign since last year against Pachauri who has strongly rubbished the allegations and even issued several legal notices threatening to sue it.

Pachauri's stand was vindicated as the UK-based paper in an apology posted on its website said, "On December 20 last year we published an article about Dr Pachauri and his business interests.

"It was not intended to suggest that Dr Pachauri was corrupt or abusing his position as head of the IPCC and we accept KPMG found he had not made 'millions of dollars' in recent years," it said.

The newspaper further said, "We apologise to Dr Pachauri for any embarrassment caused."

Professional services company KPMG had examined personal finances of Pachauri and had cleared him of any wrongdoing.

Reacting to the development, Pachauri said, "I am glad that they (Telegraph) have finally acknowledged the truth."

In an article in December against Pachauri, who also heads Indian non-profit research organisation The Energy Research Institute (TERI), the paper said although Pachauri is often presented as a scientist but as a former railway engineer with a PhD in economics he has no qualifications in climate science at all.

It also accused Pachauri of establishing "an astonishing worldwide portfolio of business interests with bodies which have been investing billions of dollars in organisations dependent on the IPCC's policy recommendations."

Promoted
Listen to the latest songs, only on JioSaavn.com
Dismissing the allegations, Pachauri, however, has been maintaining that the accusations were coming from the same group of people who had tried unsuccessfully to discredit the IPCC and the "irrefutable science" on climate change by hacking personal emails of some scientists.

"This is another attempt by the climate sceptics to discredit the IPCC. They now want to go after me and hope that it would serve their purpose," Pachauri had said then.