Chief Minister Hemant Soren, in a high-level meeting, reviewed the preparedness of the state and asked officials to be on high-alert to deal with the situation and act on war-footing. 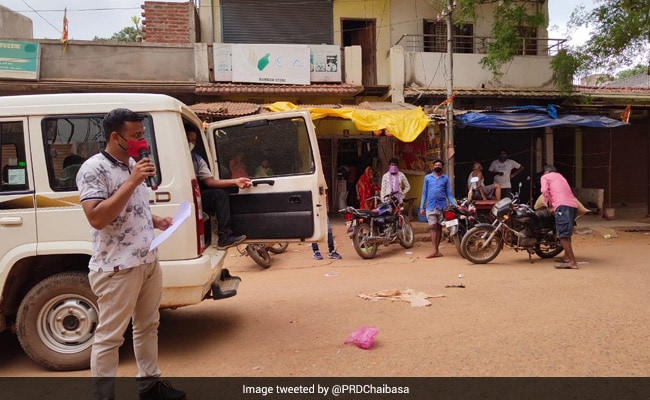 Jharkhand, on high alert over severe cyclonic storm "Yaas", has evacuated people from vulnerable areas in East Singhbhum, West Singhbhum and other districts bordering West Bengal and Odisha to safer places while the operation is going on to deal with the crisis, a top official said.

Chief Minister Hemant Soren, in a high-level meeting, reviewed the preparedness of the state and asked officials to be on high-alert to deal with the situation and act on war-footing.

"The state has deployed eight units of the NDRF in areas likely to be affected by the cyclone... The cyclone is likely to severely impact Kolhan division that comprises East Singhbhum, West Singhbhum and Saraikela-Kharsawan. Bokaro and Khunti are also likely to be severely impacted...All those in thatched houses and huts in bordering areas with West Bengal and Odisha are being shifted to shelter homes," Secretary, Disaster Management Department, Amitabh Kaushal told PTI.

State capital Ranchi is likely to be hit by heavy rainfall.

Mr Kaushal said eight teams from NDRF have been deployed in areas like East Singhbhum, Saraikela and Kharsawan bordering West Bengal and Odisha. "All necessary efforts are being made to ensure zero loss of life due to cyclone," he said.

Director General Police, Jharkhand, Neeraj Sinha told PTI that the police machinery was on high alert to deal with any contingency in the wake of the storm.

Meanwhile, East Singhbhum administration has asked people to stay indoors and has suspended COVID-19 vaccination drive on May 26 and 27 in view of heavy rainfall and lightning besides high-speed wind which is likely to uproot trees.

Sub Divisional Officer, Ghatshila, told PTI: "We have evacuated 300 to 400 people so far into panchayat buildings and schools and proper deployment of National Disaster Response Force (NDRF) has been done."

A sizeable tribal population is there in these areas. Santhal and Sabar and awareness campaign has been launched in their languages.

The Disaster Management Department has alerted authorities to take immediate action in view of cities like capital Ranchi likely to be flooded due to heavy rainfall.

Forest, Drinking Water and Sanitation, Electricity, etc officials have been asked to be ready with alternative plans to deal with electric and water supply disruptions besides restoration of movement in case of uprooting of trees and ensuring satellite phones and wireless communication as communication networks are likely to be hit badly.

All hospitals have been asked to ensure back-up arrangements for electricity and oxygen and other essential supplies.

Disaster Management Department Secretary Mr Kaushal said: "As per the forecast, Kolhan division would witness the maximum impact of the cyclone along with Bokaro and Khunti."