Cyclone Tauktae: The India Meteorological Department had said on Friday that the depression in the Arabian Sea is likely to intensify into a "very severe cyclonic storm" on May 17 and cross the Gujarat coast a day later. 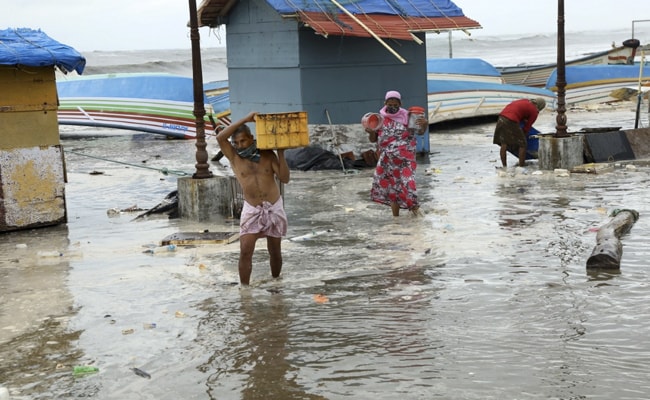 Cyclone Tauktae is likely to turn into a severe cyclonic storm by tonight, the weather department said

The National Disaster Response Force has increased from 53 to 100 the number of teams earmarked to undertake relief and rescue measures in the wake of impending Cyclone Tauktae, a senior officer said today.

The force's Director General, SN Pradhan, said in a tweet that these teams are being mobilised for deployment in the coastal regions of Kerala, Karnataka, Tamil Nadu, Gujarat, Goa and Maharashtra.

On Friday, he had said that 53 teams are being committed for the cyclonic storm that is developing in the Arabian sea.

The deployment of National Disaster Response Force (NDRF) teams has been "upped" as per new inputs provided by the India Meteorological Department, Mr Pradhan said.

Out of the 100 teams, the director general said 42 are being pre-deployed or stationed on the ground in six states while 26 are on stand-by.

Thirty-two teams are on backup and can be airlifted upon requirement, Mr Pradhan said.

The NDRF chief also said that members of these teams have been vaccinated against COVID-19 and are equipped with the required tools.

A single NDRF team comprises 35-40 personnel and they are armed with tree and pole cutters, boats, basic medical aid and other relief and rescue equipment.

The India Meteorological Department had said on Friday that the depression in the Arabian Sea is likely to intensify into a "very severe cyclonic storm" on May 17 and cross the Gujarat coast a day later.

The weather condition has intensified into a deep depression.