It has been estimated that about 80 tonnes of waste from the ocean has been dumped on the city's coastline due to Ockhi cyclone. 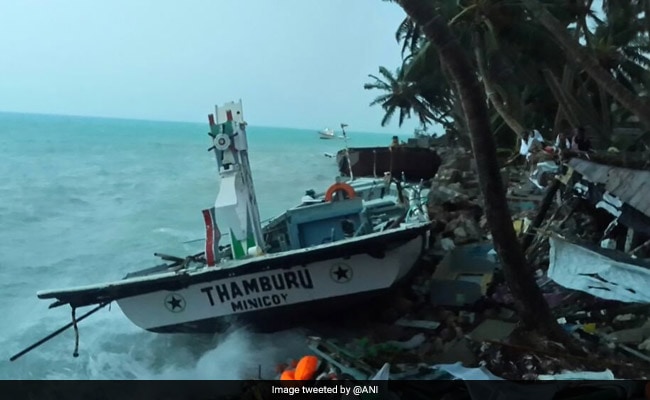 New Delhi: The recent Ockhi cyclone led to a piling up of 80 tonnes of plastic debris along the coasts of Kerala, Goa, Karnataka, Gujarat, Maharashtra, and particularly along the major beaches of Mumbai, the government said on Friday.

Mahesh Sharma, the minister of state for environment, in a written reply in the Lok Sabha also noted the cyclone affected the marine biodiversity, especially in the Islands of Lakshadweep, and many coral organisms.

"The Ockhi cyclone resulted in agglomeration of plastic debris along the coasts of Maharashtra, Kerala, Karnataka, Goa and Gujarat, particularly along the major beaches of Mumbai, he said.

According to the minister, it has been estimated that about 80 tonnes of waste from the ocean has been dumped on the city's coastline due to Ockhi cyclone. "The impact in other coastal states was relatively less compared to Maharashtra."

The clearance of the debris is being managed by the respective state governments and union territories, he added.

"Due to intense wave activity, a number of coral associated organisms such as sea cucumber, starfishes, stone fishes, puffer fishes, seaweeds, seagrass were found dead along the coast.

Promoted
Listen to the latest songs, only on JioSaavn.com
"Extensive damage to the mussel beds was also recorded along rocky coastal stretches of Kerala," he said.

He pointed out that the government has initiated various measures for conservation and management of marine biodiversity including demarcation of Marine Protected Areas (MPAs), prevention of untreated effluent discharge and solid waste particularly plastics and others into the sea waters.