In 2017, he was asked to go on leave and then he was dumped to head a state run management institute. 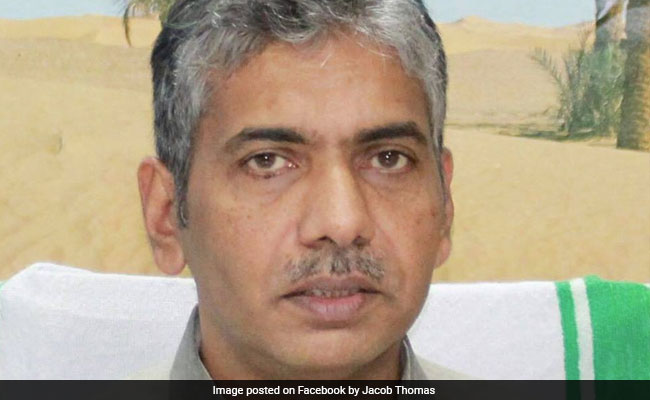 Kerala's Director General of Police Jacob Thomas, who was suspended for criticising the Pinarayi Vijayan government in the wake of cyclone Ockhi disaster, was asked to continue in suspension for another six months, in a fresh order issued on Friday.

His one year long suspension ended on Thursday, following which Chief Minister Pinarayi Vijayan's government extended it by another six months.

In 2017, he was asked to go on leave and then he was dumped to head a state run management institute.

Later Jacob Thomas was suspended from service in December 2017 for violation of All India Service Rules after it surfaced that he spoke about the breakdown of law and order situation in the state and the manner in which cyclone Ockhi was handled by the Vijayan government.

The Vijayan government also took action against the official for authoring a book without prior permission.

In November, the state government also ordered a vigilance probe into the purchases made by the Ports Department, when Thomas was its director during the Oommen Chandy regime.