Odisha's Naveen Patnaik has asked his chief secretary to remain in touch with Mamata Banerjee and ensure all possible assistance. 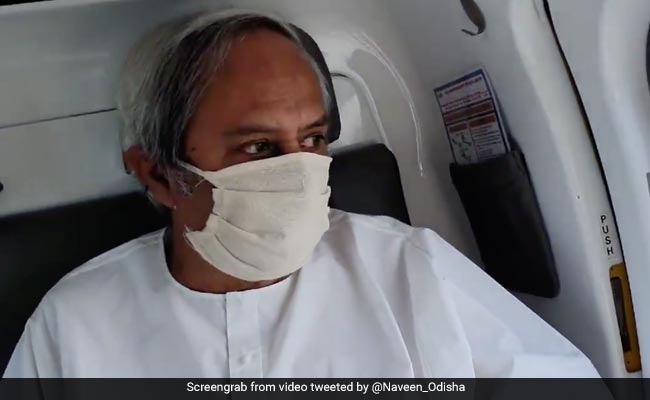 Ahead of Prime Minister Narendra Modi's visit to West Bengal and Odisha to survey areas ravaged by Cyclone Amphan, Odisha Chief Minister Naveen Patnaik spoke with his West Bengal counterpart Mamata Banerjee assuring "all possible support to overcome the crisis" triggered by the worst cyclonic storm to have hit the neighbouring state in 283 years.

80 people have died and thousands left homeless in West Bengal, where the extremely severe cyclonic storm hit Wednesday after rolling past Odisha. The cyclone is now active over Bangladesh and is expected to move towards Bhutan.

In a telephonic conversation with Ms Banerjee, Mr Patnaik enquired about the extent of damage and conveyed Odisha's absolute solidarity with the people of West Bengal. He assured all possible support to West Bengal in terms of men and materials to overcome this critical situation, a statement released by the Odisha Chief Minister's Office said.

The conversation took place hours before PM Modi announced a Rs1,000 crore "advance interim assistance" for West Bengal after he undertook an aerial survey of the areas ravaged by the cyclone . He also announced Rs 2 lakh each for the families of those who died in the cyclone in Bengal and Rs 50,000 for the injured.

On Thursday, Mr Patnaik undertook an aerial survey of the Odisha districts ravaged by Cyclone Amphan.

In a tweet, Mr Patnaik had directed the state's chief secretary to remain in touch with his West Bengal counterpart and ensure all possible assistance. "Deeply saddened at the loss of so many lives and the trail of destruction due to #CycloneAmphan. In this hour of crisis, people of #Odisha are with people of West Bengal. Asked @SecyChief to be in touch with Chief Secy of West Bengal and extend all possible help. @MamataOfficial," he tweeted within hours of completing an aerial survey of his state.