"People have started touching my feet now," says D Prakash Rao, who has been selling tea since five decades. He runs a school where around 75 students from slums come to study. 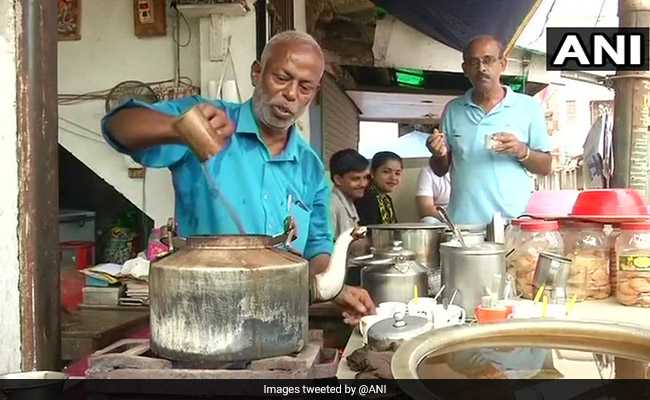 Prime Minister Narendra Modi, in his recent monthly radio programme Mann Ki Baat, praised a tea seller from Cuttack who is the force behind educating 70-75 children from the slums of Odisha's  capital city. Ever since the broadcast of that programme, life has changed for 60-year-old D Prakash Rao.

"People have started touching my feet now," says D Prakash Rao, who has been selling tea since he was six years old.

While Mr Rao started selling tea at an early age, he later became a teacher. He also visits patients in a hospital and runs a school from his own income. Apart from this, he has donated blood 217 times.

Unable to complete his studies because of financial difficulties, Prakash Rao now lives his dream through children living in slums, who do not have money to pay their school fees.

"I don't want these children to lack behind in studies just because they don't have money. So I divide my time between school, tea shop and visiting patients at a hospital," he told ANI.

At present, over 70 students study in his school. He said that these students feel more comfortable in the school rather than sitting idle at home or roaming around the streets.

"Around 70-75 students study in my school. Their parents are not really bothered about their studies," he said, adding that children did not want to come to them at first, but after they offered them food, they started coming in.

"I earn Rs 600 a day during off season and around Rs 700-800 when the season is on. So, money is not an issue for me. I just want to see these children become something in future," he said. 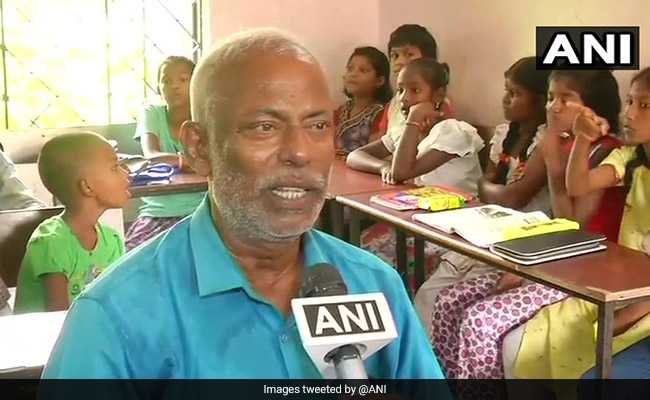 D Prakash Rao runs his own school in Cuttack.

Mr Rao met Prime Minister Narendra Modi, whom he calls his favourite leader, for about 18 minutes during his Cuttack visit. Just a day after the meeting, he was praised for his efforts by Mr Modi on national radio programme 'Mann Ki Baat'.

"When Prime Minister Narendra Modi came to Odisha, I got a call from his office to come and meet him. I went to meet him along with 15-20 children. When he saw me, he waved his hand and said, "Rao sahib. I have come here to meet you. I know everything about you. Nobody needs to tell anything to me."

Though Mr Rao was hesitant in the beginning, but after receiving hospitality and warmth from the Prime Minister, he said he soon became comfortable.

Promoted
Listen to the latest songs, only on JioSaavn.com
"Modi ji asked me sit next to him. He spent 18 minutes with us. It's a coincidence that on May 26, Modi ji met us and the very next day he praised my efforts on 'Mann Ki Baat'," Mr Rao recalled.

Mr Rao also said that PM Modi promised to come and have food in their school whenever he comes to Odisha next. 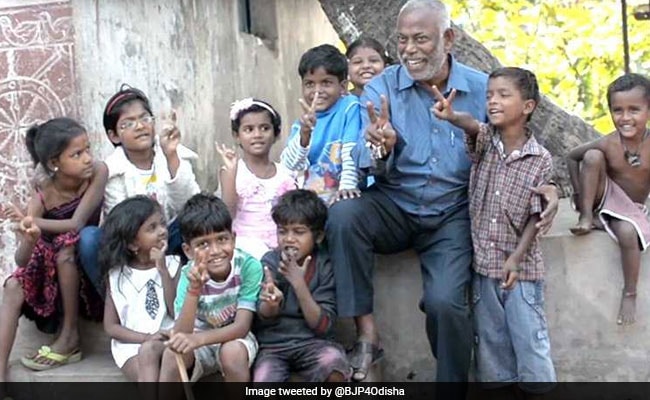 The BJP tweeted a photo of Mr Rao showing the V sign for victory, with a group of smiling children around him.

PM Modi, on his monthly radio programme on May 27, said, "Rao has opened a school named Asha Ashvaasan, spending 50 per cent of his income for children living in slums and hutments. He ensures education, health and meals for all the children coming to this school."

"The man who has been selling tea for the last five decades is "an inspiration to us, our society and the whole country," said PM Modi, who met Mr Rao during his Cuttack visit on May 26.