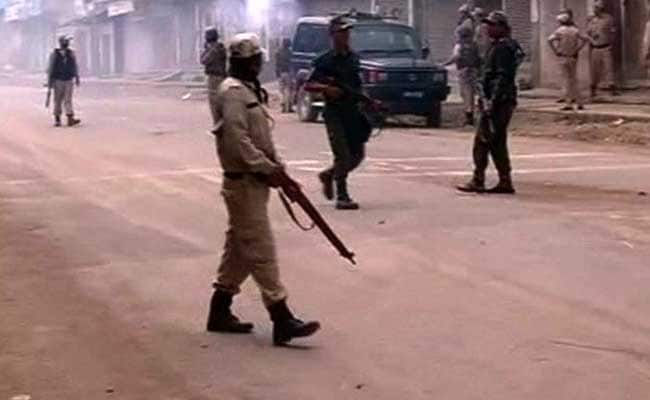 "As of now, there has been no report of fresh violence but we are keeping a close watch on the situation," he said.

Educational institutions and government establishments besides shops in the district remained closed.

Tribal civil society groups -- All Tribal Students Union Manipur (ATSUM), Kuki Students Organisation (KSO) and All Naga Students Association Manipur (ANSAM) -- opposed the introduction of the bills, saying they overlapped with article 371C of the constitution and some points in the Manipur Hill People Administration Regulation Act, 1947, meant to safeguard the interest of tribesmen in the hill areas of Manipur.

"The amendment of the Manipur Land Revenue and Land Reforms Act has snatched away the rights of the ethnic communities. We (tribal people) are not happy with the government, and especially with our elected legislators who remained tightlipped when the bill was passed," KSO spokesman Minlan Gangte said.

On Monday evening, a mob attacked residences of five Congress lawmakers, including that of Health and Family Welfare Minister Phungzathang Tonsing and Outer Manipur Lok Sabha member Thangsoi Baite. They were not home when the incident took place.

The mob also set ablaze a police station in Churachandpur town on Tuesday, leading to the death of three people after police opened fire in self-defence.

On the other hand, the Kuki Inpi Churachandpur, Hmar Inpui and Zomi Council have sought the intervention of the central government as they find the present imbroglio a manifestation of the age-old political grievances of the tribals in Manipur.

Appealing to everyone to maintain calm, the Manipur government said the three bills do not infringe on the rights of the tribal communities.

Ashok Kumar, secretary to Chief Minister Okram Ibobi Singh, also said the amendment of Manipur Land Revenue and Land Reforms Act does not extend to the hill areas and does not alter the present status of tribal land.

"There seems to be misinterpretation and misunderstanding of the provisions of the bills leading to tragic incidents, causing tremendous losses including human lives," Mr Kumar said.

"Jealous": Mamata Banerjee's Swipe After Centre's 'No' To Rome Meeting