Chandrashekhar Azad has been held at the hotel under heavy police presence after being denied permission to hold a 'Save the Constitution' rally at Worli's Jamboree Maidan in Mumbai, the CPI (M) statement said. 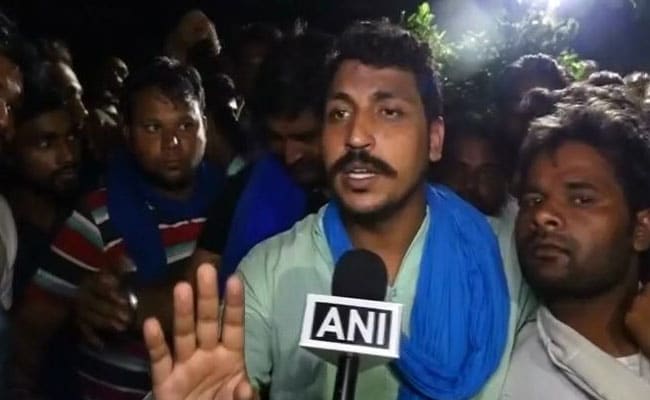 A police official said that no activist, including Chandrashekhar Azad, had been detained (File Photo)

The Communist Party of India (Marxist) Saturday accused the Maharashtra government of repression and claimed that several activists, including Bhim Army chief Chandrashekhar Azad, had been detained by police over the past two days.

A statement issued by the party said that after Chandrashekhar Azad's "detention" on Friday, activists like Subodh More, state committee member of the Jati Anta Sangharsh Samiti (affiliated to the Dalit Shoshan Mukti Manch) and Bhim Army leaders Ashok Kamble, Sunil Thorat, Mahadu Pawar and others had been detained Saturday.

The statement alleged that the mobile phones of these activists had been confiscated by authorities.

They had gone to meet Chandrashekhar Azad at Manali Hotel in Mumbai's suburban Malad when the detentions took place, it claimed.

Chandrashekhar Azad has been detained at the hotel under heavy police presence after being denied permission to hold a 'Save the Constitution' rally at Worli's Jamboree Maidan in Mumbai, the CPI (M) statement said.

This latest crackdown has been launched on the eve of the attacks on Dalits at Bhima Koregaon on New Year's Day last year, the statement claimed.

It further alleged that hundreds of false cases had earlier been lodged against several Dalit and human rights activists.

The CPI(M) and the Jati Anta Sangharsh Samiti, in a statement, demanded the release of all those detained as well as permission for the public meeting as requested by the Bhim Army.

Manohar Bhide and Milind Ekbote have continually refuted allegations of their involvement in the Bhima Koregaon violence.

Meanwhile, NCP leader Jitendra Awhad Saturday tweeted that he met Chandrashekhar Azad at the hotel where he was allegedly detained.

A police official, however, said that no activist, including Chandrashekhar Azad, had been detained.