CPI Once Again Reaches Out To CPI(M) For Reunification

Communist Party of India (CPI) general secretary Suravaram Sudhakar Reddy recently met his CPI(M) counterpart, Sitaram Yechury, and handed over a letter on the need for the coming together of the two Left parties. 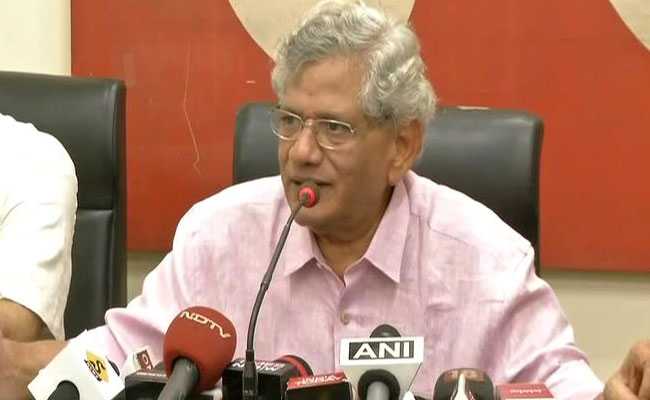 The CPI has once again reached out to the CPI(M) for a reunification of the two communist parties, hoping this time the cadre would exert pressure on its leadership to respond positively after their Lok Sabha poll debacle.

Communist Party of India (CPI) general secretary Suravaram Sudhakar Reddy recently met his CPI(M) counterpart, Sitaram Yechury, and handed over a letter on the need for the coming together of the two Left parties.

The CPI has long held the view that the unity was an imperative as the causes for the split in the communist movement in 1964 were no longer relevant, and there are "no differences" between the two parties for many years now.

According to the CPI sources, the Communist Party of India (Marxist) circulated the letter in its party committee, but no decision had been taken.

The CPI's latest pitch is to reignite the debate on the unity and aimed at the CPI(M) cadre, which it expects to exert pressure on the leadership to move forward on the the issue of reunification.

"This time, we hope our appeal will have an impact on the cadre. We think the cadre will put pressure (on CPI-M leadership). We also believe our move will lead to some sort of discussion," a senior CPI leader told news agency PTI.

On why the CPI(M) was reluctant on the reunification proposal, CPI sources said one of the reasons could be that a section of cadre of the Yechury-led outfit might raise "inconvenient" questions around the split.

The CPI-M have three and the CPI have two seats in the Lok Sabha, the lowest they have had together in lower house of Parliament.