The BMC had yesterday alleged that despite being infected, Gauahar Khan had moved around in public and taken part in shoots. 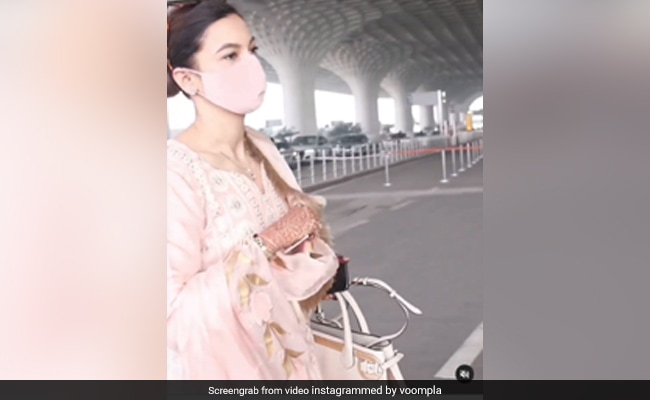 Model and actor Gauahar Khan has tested negative for Covid-19 and is complying with the guidelines issued by the Brihanmumbai Municipal Corporation (BMC), her team informed today. The statement comes a day after authorities filed a police case against her for allegedly violating the guidelines. The municipal body, though, had not revealed her name.

The statement said that the 37-year-old was cooperating with BMC. It also attached her Covid-19 report, dated March 15. "For everyone sending their best wishes and concern for Gauahar Khan, here's the latest report. She's tested negative in multiple reports. She's a law-abiding citizen and is complying with all the norms of BMC," the statement read.

"This is to appeal for all the speculation to be put to an end," it said, requesting media to not "indulge in speculation" as the actor is emotionally at her lowest following the death of her father on March 5, according to a PTI report.

The civic body's release said that despite being infected, the actor had moved around in public and taken part in shoots, which led the BMC to file a case against her.

No Compromise On City's Safety!

BMC has filed an FIR against a Bollywood actor for non-compliance to COVID19 guidelines on testing positive.

The rules apply to all alike and we urge citizens to follow all guidelines and help the city beat the virus.#NaToCoronapic.twitter.com/Qp9J21OLcS

The Brihanmumbai Municipal Corporation's coercive step also follows warnings by none less the Chief Minister Uddhav Thackeray against a lackadaisical approach towards the pandemic norms.

"Do not force us to impose a strict lockdown. Consider this as the last warning. Follow all the rules. Everyone has to realise there is a difference between self-discipline and restrictions," Mr Thackeray said on Saturday.