Out of the state's six government medical colleges -- Ahmedabad, Vadodara, Surat, Rajkot, Jamnagar and Bhavnagar -- resident doctors in Surat refrained from joining the strike and they gave one more day to the government to resolve the issue. 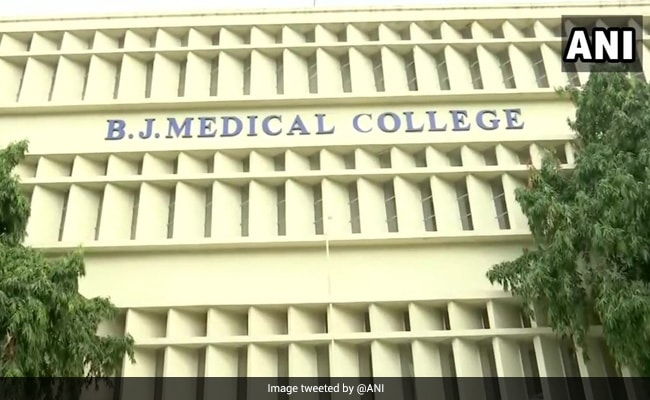 Nearly 4,000 resident doctors from five government-run medical colleges in Gujarat went on an indefinite strike from Wednesday to put pressure on the state government to consider 12 months of their senior residency as mandatory bond service.

While hospital authorities have made alternate arrangements to cope up with the impact of the strike, Gujarat Health Minister Rushikesh Patel said the resident doctors cannot shy away from serving people in rural areas, as per their bond condition.

Out of the state's six government medical colleges -- Ahmedabad, Vadodara, Surat, Rajkot, Jamnagar and Bhavnagar -- resident doctors in Surat refrained from joining the strike and they gave one more day to the government to resolve the issue.

As of now, the resident doctors have withdrawn from attending to all routine OPD (Out Patient Department) services for an indefinite period. Though they are available for emergency and COVID-19 services, their associations have threatened to launch a full-fledged strike in the coming days if the issue remains unresolved.

According to rules regarding the service bond, students of government medical colleges have to serve in rural areas for at least one year after completing their post graduate (PG) medical course.

If any student wants to break the bond signed at the time of taking admission, he has to pay Rs 40 lakh. This rule is applicable to students of the six government medical colleges in the state.

Since some time, students of the 2019 batch, who have completed their course and are about to start their senior residency of 12 months in hospitals attached with their respective colleges, have been demanding that the government should consider this residency period as the bond period.

"Our demand is legitimate because students of this batch had served COVID-19 patients for 17 months, out of the total 36 months of the course. If the previous batches are exempted from bond service on the same ground, then why can't the government consider the batch of 2019 for the same relief?" asked Dr Rahul Gameti, president of the Junior Doctors' Association in Ahmedabad.

However, Health Minister Rushikesh Patel has warned of disciplinary action against the agitating doctors.

"We will take disciplinary action if required. I urge these doctors to end the strike and join duties at the earliest. I don't agree with their demands. The government spends a considerable amount to make them specialist doctors. Thus, you have to serve in villages after completing your PG," Patel told reporters.

According to officials at the Ahmedabad Civil Hospital, which is affiliated to the government-run Byramjee Jeejeebhoy(B J) Medical College, there is no major impact of the strike as of now.

"To cope up with the situation, we have cancelled the vacations of our faculty members and transferred non-clinical staff to clinical branches. As of now, there is no major impact on the services because the resident doctors have withdrawn themselves only from routine duties," the civil hospital's superintendent, Dr Rakesh Joshi, said.