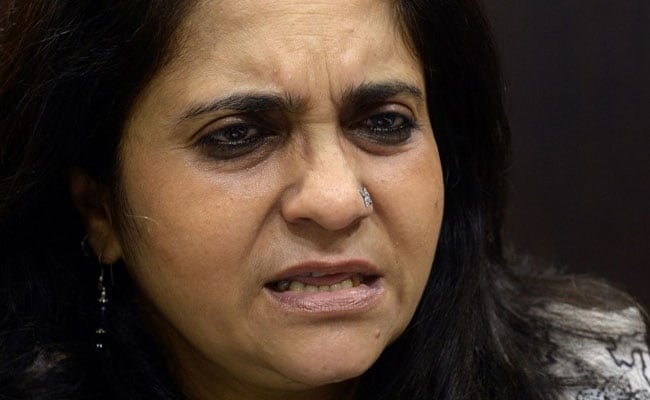 A magistrate's court here today allowed police to add charges under three forgery-related sections of IPC to the complaint against social activist Teesta Setalvad and her husband Javed Anand in the Gulberg Society fund embezzlement case.

The new charges are under sections 467 (forgery of valuable security), 468 (forgery for the purpose of cheating) and 471 (using a forged document as genuine).

On August 3, Ahmedabad police's crime branch had petitioned the court for permission to add these charges to the FIR registered last year. Judge PK Lotiya granted it after a brief hearing today.

Sixty nine persons, including former Congress MP Ehsan Jafri, were killed in an attack by a mob on Gulberg Society in Ahmedabad during the 2002 post-Godhra riots.

Last January, one of the residents of society, Firoz Khan Pathan, filed a complaint against Ms Setalvad and others that they misused the money collected for building a museum in the memory of riot victims.

Ms Setalvad collected Rs 1.51 crore from donors in India and outside but used for personal purposes, says the FIR, filed under IPC sections 120 (B) (criminal conspiracy), 406 (fraud) and 420 (cheating).