Japan Coronavirus Lockdown: Stuck in a foreign land as COVID-19 tightens its grip on many countries, dwindling financial resources and expired medical insurances are adding to the Indians' tensions. 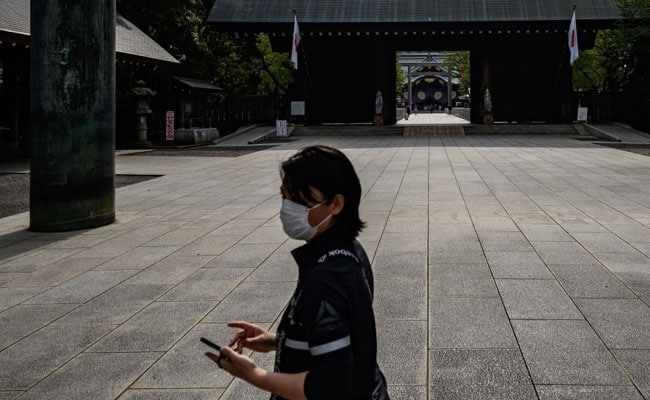 In a letter, the stranded Indians assured they will quarantine themselves when back. (Representational)

A research scholar waiting to meet his newborn baby, a graduate worried about the job offer in Bangalore and a pregnant woman whose four-day work trip now stretches interminably are among the at least 220 Indians stranded in Japan and getting increasingly desperate to return home.

Stuck in a foreign land as COVID-19 tightens its grip on many countries, dwindling financial resources and expired medical insurances are adding to their tensions.

The group of 220 Indians, including 92 dependants, have collectively reached out to the Indian Embassy in Tokyo asking to be evacuated to India, which has been under lockdown since Prime Minister Narendra Modi's announcement on March 24.

In a signed letter, the stranded Indians have also assured that they will quarantine themselves when back and cooperate with authorities.

Japan's partial lockdown is also a source of worry with some saying they live in constant fear of getting infected with the coronavirus that has infected more than 2.4 million people and claimed over 1,70,000 lives.

Rahul Joe, a research scholar at the University of Hokkaido till his contract expired last month, was all set to move back to Ahmedabad to be with his pregnant wife. The date was set and the tickets booked.

"We were blessed with a baby girl two days back and I don't know when I will be able to see my baby for the first time. My medical insurance expired with my contract and now I am scared that if I fall ill I will have no means to get myself treated," Mr Joe told PTI over the phone from Tokyo.

With the number of cases rising in Japan, the country on April 16 expanded the state of emergency to the entire nation in an attempt to prevent the new coronavirus from spreading further and straining the healthcare system. The country has reported more than 11,000 cases.

However, it is not like the lockdown in several other parts of the world as Japan's post World War-II constitution lays out strict protections for civil liberties, Joe said.

"Public transportation is operating as normal. Most state of emergency measures are in the form of requests and instructions. Violators cannot be punished unless they fail to comply with orders related to storage or shipment of emergency relief goods and medical supplies. So the risk is even higher. We are stuck inside and living in constant fear," Mr Joe said.

For Kamal Vijayvargiya, a four-day trip to the country has taken on nightmarish overtones and he can't wait to get back home to Jaipur.

"I am in the business of tea and I come to Japan annually for business meetings. I came on March 18 and now I am stuck here. At present, I am staying in an office friend's single room but I cannot stay too long because she is a dialysis' patient and it is risky for me to be here," he said.

A 28-year-old pregnant woman, from Ahmedabad like Mr , said she also went to Japan for four days and has no clue when she will get back home

"I was in the first trimester of my pregnancy when I came to Tokyo in March. It was an official trip for four days but first the janta curfew and then the travel restrictions. It has been a month now, my office has arranged for accommodation and other necessities are being taken care of but it is depressing to be indoors all day in a foreign country without any clarity," she told PTI on the condition of anonymity.

Akhilesh Sharma, a Ghaziabad resident, has been in Tokyo since December for a project that was to end in March. He has been living off his savings since then.

"The embassy did help me with a discounted voucher to stay in a hotel but how long can that be managed?"

A fresh graduate from Nihon University, who was supposed to join a firm in Bangalore from April 10, is now worried about the plans.

"My studies were over here. I had a job offer. I was supposed to join them in April. The offer has not been withdrawn yet but I am still worried considering all the news about layoffs and pay cuts," the young woman said, refusing to be identified.

According to Indian government officials, bringing back stranded Indians is an ongoing process.

"Some questions have come about Indians abroad. It is a situation where we cannot give a definite answer because the lockdown is still there. We need to assess the situation... It will be the government's decision on how we manage the return of Indians from other countries," Dammu Ravi, COVID-19 coordinator, said at a press conference.

"Our ambassadors and high commissioners in all these countries are in regular touch with all Indians abroad and giving all support to them. The MEA COVID control room helplines are active, teams are taking calls and guiding them in these matters. The situation is under control. We will review at a later stage about their return," the MEA official said earlier this month.