Additional Chief Secretary (Health) Rajeev Arora said Haryana was among the top three states in the country that had carried out successful implementation of the first phase of vaccine rollout. 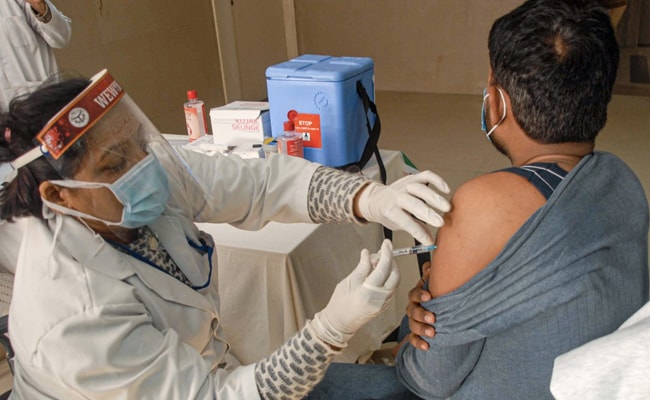 The second phase of COVID-19 vaccine will be rolled out in Haryana on Wednesday and frontline workers will get the jab during the drive.

To ensure its smooth implementation of the drive, the registration of all such workers will be completed on the CoWIN portal by Sunday, it said.

"Haryana is all set to start the second phase of the COVID-19 vaccine roll out from February 3, after the successful implementation of its first phase," an official statement said.

"So far, about 1,10,000 frontline workers have been registered for the second phase on the portal," he said.

Mr Singh said 7.23 lakh doses of COVID-19 vaccine had been received from the Centre and there were suitable cold storage chains in the state for vaccine storage.

Additional Chief Secretary (Health) Rajeev Arora said Haryana was among the top three states in the country that had carried out successful implementation of the first phase of vaccine rollout.

The state has administered vaccines to about 1,28,526 healthcare workers till Tuesday and such workers who were unable to get themselves vaccinated in the first phase can do so by February 15, the statement said.

The first phase of vaccination against COVID-19 began in Haryana on January 16 with several health workers, the foremost warriors in the battle against the pandemic, getting the shots during the drive.

Ahead of the second phase of the vaccination drive, a meeting was held under the chairmanship of Chief Secretary Vijai Vardhan in Chandigarh on Tuesday.

Harsh Vardhan directed the district deputy commissioners of the state to coordinate with all the departments and play a crucial role in the effective implementation of the COVID-19 vaccine roll out.

Besides this, he urged them to ensure the implementation of the vaccine rollout in a systematic manner to the eligible beneficiaries on the lines of its first phase.