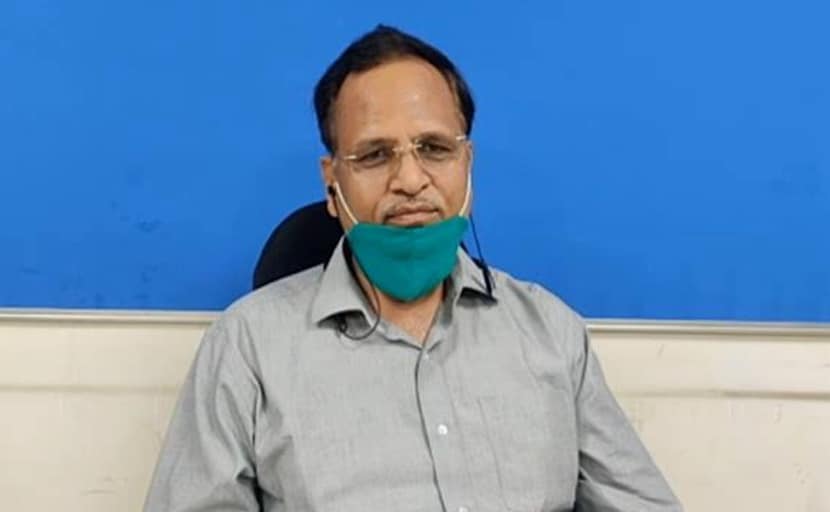 Coronavirus: Satyendar Jains had tested positive for the coronavirus on June 17.

Back at work a month after contracting COVID-19, Delhi Health Minister Satyendar Jain today emphasised that state-run hospitals in the national capital are "world class" and said he was shifted to a private facility because the government hospital did not have permission to administer plasma therapy. The Aam Aadmi Party leader said that he had lost his father-in-law just a day before being taken to the private hospital and his family "panicked".

"The Rajiv Gandhi Super Specialty Hospital, where I was first admitted in the middle of the night, is better than any private facility. When my condition deteriorated and the doctors decided to give me plasma, it did not have the permission for CPT; even LNJP's permission had lapsed. I wanted to wait for the permission, but doctors and family said no," he told NDTV.

"Our hospitals got the permission to give CPT to coronavirus patients after 10 days," Mr Jain said, adding that even till four days ago he had to take oxygen every day every. I was allowed to resume work after I could manage without being given oxygen for a few days, the minister said about his personal struggle with COVID-19 while discussing the coronavirus epidemic in Delhi where the doubling rate, as per Mr Jain, is 100 days.

Delhi recorded 954 fresh coronavirus cases today, taking the total to 1,23,747. After June 1, this is the first time Delhi recorded less than 1,000 case in a day. Delhi was reporting over 3,000 cases daily in the last week of June, which led to the government making drastic changes in testing strategies.

Clarifying why more Rapid Antigen Tests, faster but less accurate than RT-PCR, were being done, Mr Jain said it was crucial to cover large areas fast.

"For example, if we test 100 people with rapid antigen kits and if 10 (asymptomatic) people have coronavirus then at least eight cases are getting caught on time. Then if 10 others test negative but show symptoms we conduct RT-PCR. This is a fool-proof system," he said, adding that the data also reflects this.

Mr Jain had tested positive for COVID-19 on June 17. He was shifted to Max Hospital's Saket facility in south Delhi after his condition worsened and was put on oxygen support. His health improved after he was given plasma therapy. Within two days, he was shifted out of the ICU, and discharged after a week.