India is the third destination of Mr Austin's three-nation tour, the first since the Joe Biden administration took charge earlier this year. 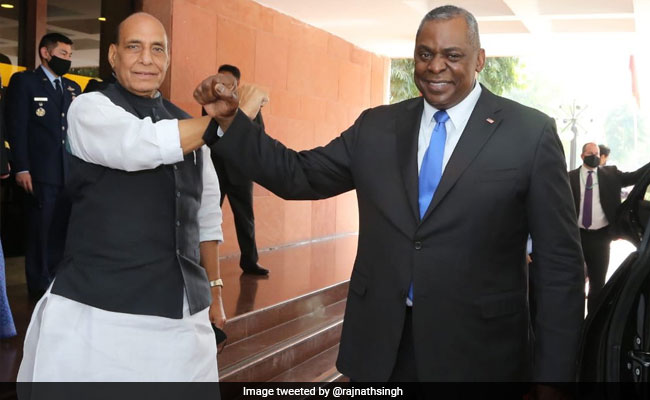 Shortly afterwards, the two leaders held wide-ranging talks focusing on further expansion of bilateral strategic ties, evolving situation in the Indo-Pacific region and challenges of terrorism. All the attendees were seen wearing face masks during the meeting.

Fist bumps, elbow bumps and the traditional Namaste have emerged as popular forms of greeting among world leaders amid the pandemic.

Last month, Foreign Minister S Jaishankar was seen exchanging elbow bump with his Maldivian counterpart Abdulla Shahid after he arrived on a two-day visit to the island nation.

This morning, India witnessed its highest daily-rise in nearly four months as the country recorded 40,953 new coronavirus infections, taking its tally to 1.15 crore. The country has been recording more than 20,000 cases since last week. Globally, more than 12 crore people have been affected worldwide since the beginning of the pandemic a year ago; 26 lakh have died.