PM Narendra Modi's approval rating on April 21 was 83%, up from 76% on January 7, according to Morning Consult, a U.S.-based survey and research firm. 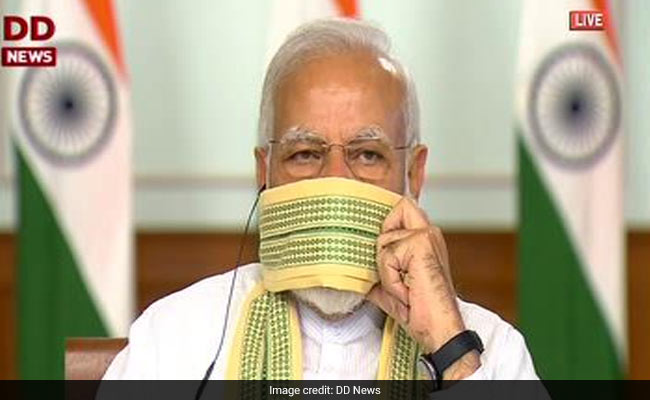 Prime Minister Narendra Modi's response to the country's surging coronavirus epidemic may help him walk away unscathed from a host of political and economic problems that hounded his government just months ago.

In early March, just as the number of people with Covid-19 began rising, PM Modi was presiding over an economy set to expand at the slowest pace in more than a decade, one of the biggest bank failures, deadly riots on the streets of New Delhi and months of sustained street protests against a new religion-based citizenship law.

Those issues seem to have been forgotten for now as PM Modi has placed himself front and center of the country's virus fight and bolstered his image as a world leader by promising to help other countries with medicines like the much-hyped hydroxychloroquine. The street protests have withered away amid the nationwide lockdown, as have criticisms of his government's handling of the economy, with even the opposition parties focusing on the virus fight.

But the battle to retain the tag of India's most popular leader is still likely to be an uphill task for PM Modi at a time when millions have lost their jobs and small businesses have been shuttered in one of the world's most stringent shutdowns. So far, a slower infection rate -- which virus experts say may be masked by low testing numbers -- and a contained death toll in the country of 1.3 billion people have earned him praise.

"As the leader with the biggest megaphone, most agile political organization, and the full support of the government machinery, Modi will undoubtedly use the crisis as a way to consolidate his own position while also pinning the blame for India's economic woes on the virus," said Milan Vaishnav, director and senior fellow at the South Asia Program at the Carnegie Endowment for International Peace.

"Politics in India is in a state of suspended animation -- in that vacuum, Modi's leadership has become even more visible while the center has used this crisis to further centralize decision-making authority," Mr Vaishnav said.

Government spokesman K.S. Dhatwalia did not reply to an email seeking comments for this story.

India has been under a stringent nationwide lockdown since March 25, even though some restrictions were eased on April 20 to allow farmers and some industries to resume operations in rural areas and in districts that were free of infections.

The country had reported 31,360 infections, including 1,008 deaths as of Wednesday, according to data from Johns Hopkins University.

The 40-day mandatory stay-at-home for almost all of the nation's 1.3 billion people -- is in place until May 3 -- has crippled business activity and put a lid on consumption, the backbone of the economy, which could be heading for its first full-year contraction in more than four decades.

But through it all PM Modi, who as prime minister has never addressed a press conference, has made regular televised appearances, asking for the nation's cooperation in the virus battle and thanking citizens for their discipline and fortitude during the lockdown.

Public opinion based approval ratings of world leaders shown in the charts. @PMOIndia leads #IndiaFightsCorona from the front. Consistent high approval ratings for @narendramodi. Nation has confidence in its leadership in an extraordinary situation due a pandemic. pic.twitter.com/fwrRDsp0o7

The fight against rising infections may have silenced the opposition and pushed PM Modi's many challenges to the back-burner, but the path ahead is less certain.

When the country is eventually able to exit its lockdown, the prime minister will be questioned about a strategy to help the economy back on its feet, said Sandeep Shastri, a political scientist and Pro Vice Chancellor at Jain University in Bangalore."The response to the questions will be the barometer to measure the success of the current leadership."

The main opposition Congress party says it is waiting for virus fears to abate before it puts PM Modi to the test. The pandemic makes political mobilization difficult, said Manish Tewari, a spokesman for the Congress party. "Nothing else focuses the mind more than the possibility of invisible and lurking death be it on a door knob or a mirror."

There's been limited opposition from other political parties as well, although state governments have complained the federal government has corralled finances even as they struggle to find funds to scale up their medical infrastructure.

And the protests that rocked India's streets until just before the spread of the virus and the subsequent lockdown, are also still simmering.

"The protests will not end," said Muzakkir Zama Khan, a lawyer who was was part of the demonstrations against the government's new citizenship law. "The means of expressing our viewpoint may, however, have to change."