A girl in Kerala, who had been studying medicine in Wuhan University, became the first in the country to have been infected with the disease after her reports tested positive. 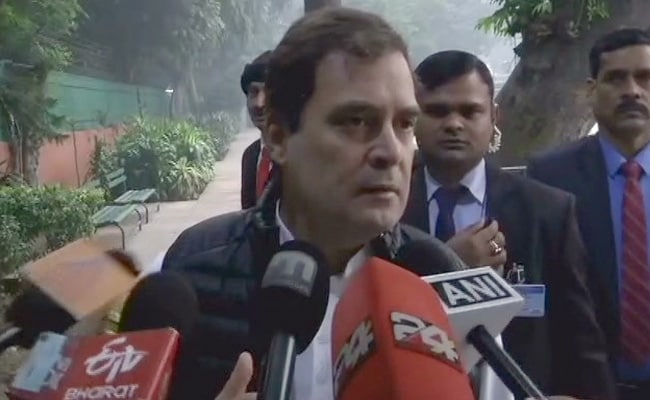 Rahul Gandhi hoped the people in China find courage and strength to persevere through the ordeal.

As the number of dead from coronavirus crossed 200 and millions forced into quarantine in China to prevent the spread of virus, Congress leader Rahul Gandhi on Friday hoped the people in the neighbouring country find courage and strength to persevere through the ordeal.

In China, the Coronavirus has killed hundreds of people. My thoughts are with the families of the victims & the millions who have been forced into quarantine to prevent the spread of the virus. May they find the courage & strength to persevere through this terrible ordeal.

The Novella Coronavirus 2019 (nCoV-2019) is a new strain of virus that spread from Wuhan province of China and brought the city to a lockdown.

A girl in Kerala, who had been studying medicine in Wuhan University, became the first in the country to have been infected with the disease after her reports tested positive.

"One positive case of Novel Coronavirus patient, of a student studying in Wuhan University, has been reported in Kerala," the Health Ministry said in a statement. The patient, a woman, is in isolation in the hospital, said the statement, adding that she is "stable and is being closely monitored".

Over 800 people are under surveillance at their homes in Kerala for possible exposure to the virus. "We are well prepared with multi-level surveillance, support systems on the ground. A 28-day home quarantine is crucial," the Kerala minister added.

Possible cases are also being monitored in isolation wards of hospitals in various cities including Delhi and Mumbai.

The health ministry had asked people who have a travel history to China since January 1 to report at the nearest health facility if they experienced any symptoms such as fever, cough or breathing trouble. Nearly 30,000 passengers have been screened at various airports across the country.

The outbreak has spread to at least 16 other countries with 104 confirmed cases. No deaths have occurred outside China.

The virus has caused alarm because it is still too early to know how dangerous it is and how easily it spreads between people. Also because it is new, humans have not been able to build immunity to it. Scientists hope to be testing the first possible vaccines in three months' time. China is testing the HIV drug Aluvia as a treatment.

The new virus has caused alarm because of its similarity to SARS, which killed nearly 800 people in mainland China and Hong Kong in 2002-03. The World Health Organization's Emergency Committee is still to decide whether the virus constitutes a global emergency.