Captain Amarinder Singh of Punjab, Uddhav Thackeray of Maharashtra and Yogi Adityanath of Uttar Pradesh were among those who are attending the meeting 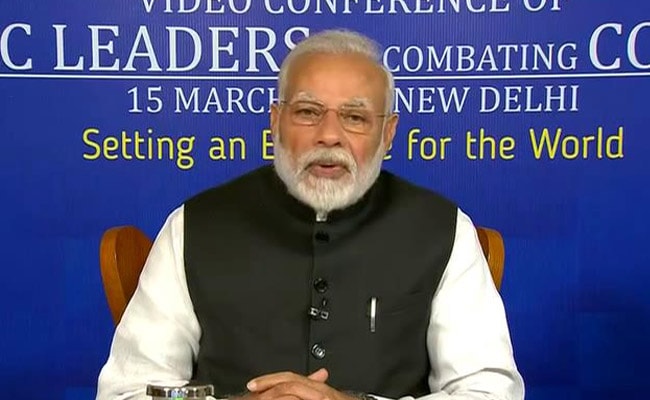 Prime Minister Narendra Modi is holding a video conference with Chief Ministers of various states this evening to discuss ways to contain the novel coronavirus outbreak.

Captain Amarinder Singh of Punjab, Uddhav Thackeray of Maharashtra and Yogi Adityanath of Uttar Pradesh were among those who are attending the meeting. Union Health Minister Dr Harsh Vardhan and other senior officials are also part of the call.

As per news agency PTI the meeting, which is still ongoing, will focus on measures to contain the novel coronavirus, or COVID-19, as well as improving medical infrastructure and training local health resources.

The Prime Minister's outreach to the heads of various states comes days after he held a video conference with the leaders of SAARC nations. In that meeting PM Modi suggested the creation of an emergency fund to combat COVID-19; India will open with $10 million, the Prime Minister said.

There are over 220 confirmed COVID-19 cases in India, with at least four deaths linked to the virus. The 50 cases reported so far today represents the biggest single-day jump since the outbreak began.

State governments have responded by shutting down public spaces such as malls and cinemas, temporarily closing educational institutions and urging people to work from home and practice social distancing.

This morning Delhi Chief Minister Arvind Kejriwal said all shopping malls in the national capital would be closed, except for grocery stores, vegetable shops and pharmacies inside them. 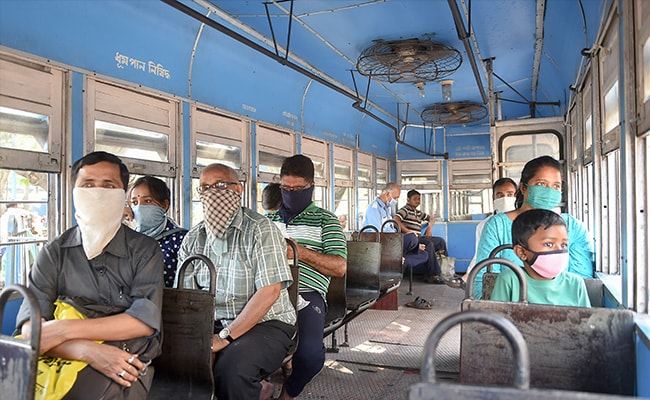 Over 220 confirmed cases of novel coronavirus, or COVID-19, have been reported in India so far

Mr Kejriwal also urged hospitals in the city to ensure that all necessary medical equipment was functioning and that they had a stock of required medicines.

On Thursday Punjab shut down public transportation to prevent the spread of the virus. Other states, such as Haryana and Karnataka, have imposed Section 144 to ban large gatherings.

Religious sites in various states have also been closed. Mumbai's Siddhivinayak Temple and the iconic Tirupati temple in Andhra Pradesh are among these. This morning it was announced that a ritual marking the start of Ram Navami festivities in Uttar Pradesh's Ayodhya had been called off too.

However, the Ram Navami celebrations itself, which will see lakhs of people attend, have not yet been suspended.

States in the northeast of India have closed borders to foreigners and even restricted movement of Indians from other parts of the country.

In a televised address to the nation last night, PM Modi reiterated the need for social distancing and called for a "janata (public) curfew" on Sunday. The Prime Minister highlighted the scale of the pandemic and warned people that neither the country nor they were immune from infection and its impact.

PM Modi also warned people against panic buying and hoarding of essential goods, urging them to "be sensitive towards the need of others".

The Prime Minister's 29-minute address came hours after the centre announced a new set of restrictions including a ban on international flights from Sunday for a week. The government also urged work from home for most and advised those below 10 and above 65 to stay home.

India remains at Stage 2 of the outbreak, which means the spread is through local transmission and can be traced. The health ministry said there is no evidence of community transmission yet, in which it is hard to tell how the patient contracted the virus.