Punjab Shuts Down Public Transport To Stop March Or Coronavirus 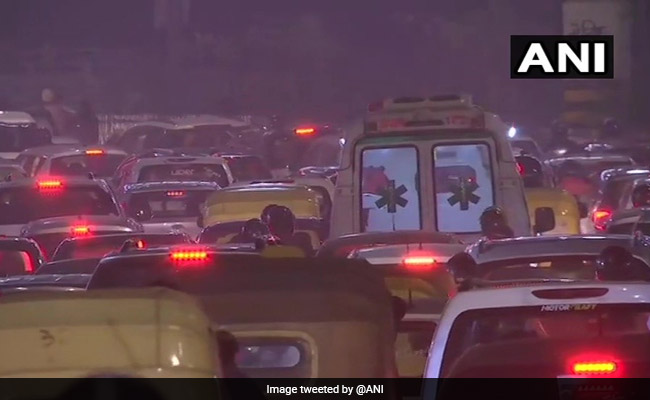 Services of buses, autos and cabs have been stopped across Punjab.

The Amarinder Singh government in Punjab will stop all public transport across the state from midnight, as part of the precautionary measures to stop the spread of the novel coronavirus. Buses, auto-rickshaws and tempos will not be allowed to ply in the state from Friday. It was decided to limit public gathering to 20 people and shut wedding halls, hotels and restaurants, except home delivery services and takeaways across the state.

The decision was made today after Punjab reported a coronavirus-linked death. A 70-year-old man who returned from Germany via Italy a fortnight ago and died in hospital after severe chest pain, was found to be positive for novel coronavirus, senior officials said.

Local Bodies minister Brahm Mohindra said the public dealing in government offices will also be restricted, reported news agency Press Trust of India. "The government is ready to deal with any eventuality," he was quoted as saying by PTI.

State school board exams for classes 10 and 12 have been postponed till March 31.

The decisions were taken this afternoon as a group of ministers met to review the state's preparedness for the pandemic.

In India, the number of cases climbed to 173 on Thursday as 18 new cases were reported. The Centre decided that starting Sunday, no international flight will be allowed to land for a week anywhere in the country.

The government also urged work from home for most and said those below 10 and above 65 should stay home. The work for home for government employees will happen in a staggered manner - 50 per cent of Group B and C employees will attend office while the rest will log in from their homes, the government said.