Mr Gandhi was screened for coronavirus after his return from Italy, where over 2,500 cases have reported, on February 29, the Congress party said today 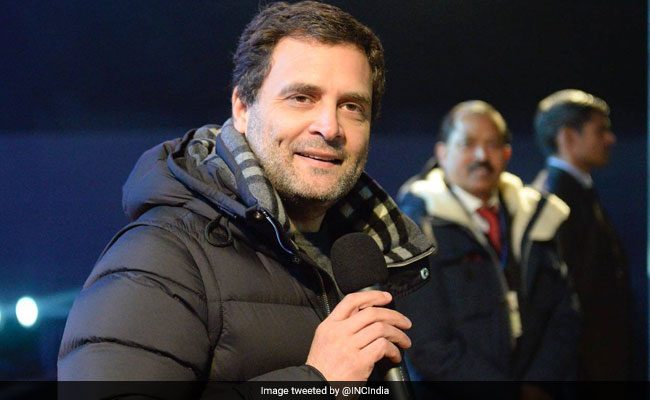 Congress leader Rahul Gandhi was screened for coronavirus infection at Delhi airport on his return from Italy on February 29, the party said today. The confirmation came after three caustic digs this week, including two by the BJP's Ramesh Bidhuri, targeting Mr Gandhi and his mother, Sonia Gandhi, and suggesting they should be wary of spreading the disease.

The BJP often targets Mr Gandhi over his foreign trips, especially to Italy, which is home to his mother's family and, unfortunately, has emerged as the European epicentre of the novel coronavirus, or COVID-19, outbreak, with over 2,500 cases and nearly 80 dead.

Rahul Gandhi, who had travelled to the Italian city of Milan for two weeks, had been offered courtesies due a Lok Sabha MP and a Z-Plus protectee on his return, but declined them and stood in line with other passengers for nearly half-an-hour, the party said.

He also spoke to medical staff who briefed him on COVID-19 symptoms.

Rahul Gandhi has frequently questioned the government over its handling of the coronavirus situation.

The Lok Sabha MP from Kerala, where the first three cases in the country were reported, hit out at Union Health Minister Harsh Vardhan yesterday afternoon, comparing his statement to "the captain of the Titanic telling passengers not to panic".

The Health Minister saying that the Indian Govt has the #coronavirus crisis under control, is like the Capt of the Titanic telling passengers not to panic as his ship was unsinkable.

It's time the Govt made public an action plan backed by solid resources to tackle this crisis.

Mr Gandhi also lashed out at Prime Minister Narendra Modi this week, after the Prime Minister posted a teaser announcement for his Women's Day plans, saying he should "quit playing the clown with your social media accounts when India is facing an emergency".

Quit wasting India's time playing the clown with your social media accounts, when India is facing an emergency. Focus the attention of every Indian on taking on the Corona virus challenge.

Hanuman Beniwal, an independent MP from Nagaur in Rajasthan, sparked controversy after demanding Rahul Gandhi and Sonia Gandhi, must be tested.

Lok Sabha Speaker Om Birla refused to allow the comment and Congress MPs rallied around their leader and demanded an apology.

Mr Beniwal's comment followed those by BJP MP Ramesh Bidhuri, who pointed out that "many people from Italy" had tested positive and, therefore, Rahul Gandhi "should be checked for coronavirus".

Mr Bidhuri made similar remarks yesterday after Rahul Gandhi's visit to violence-hit northeast Delhi. He had accused the Congress MP of not taking virus precautions.

Meanwhile, Sonia Gandhi wrote to Chief Ministers of Congress-ruled states today to take appropriate measures and prepare a plan to ensure the virus does not spread.

At least 31 people have been infected with the coronavirus in India; this includes the 16 Italian tourists. The most recent was a Delhi man who had travelled to Thailand and Malaysia. The patient is stable and being monitored, sources have said.

Amid the rising number of cases Prime Minister Modi cancelled a trip to Brussels for the India-European Union (EU) summit. The government has also moved to cancel official Holi celebrations across the country, following medical advice to avoid large gatherings.