Vikas Khanna, living in New York City, started an initiative in April to create a supply chain to ensure dry ration is procured and distributed to orphanages, old-age homes and leprosy centers as the coronavirus cases increased in India and the government implemented a lockdown to control it. 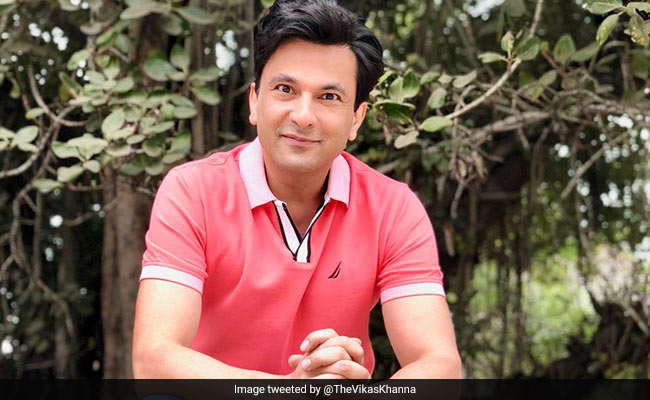 Michelin-Star chef Vikas Khanna, who has successfully distributed four million dry ration meals to the poor across 79 cities in India amidst the COVID-19 crisis, has called for solidarity and unity among the people to defeat the pandemic.

Mr Khanna, living in New York City, started an initiative in April to create a supply chain to ensure dry ration is procured and distributed to orphanages, old-age homes and leprosy centers as the coronavirus cases increased in India and the government implemented a lockdown to control the spread of the virus.

In less than a month, the 48-year-old world-renowned chef, author and film-maker has been able to procure and distribute landmark four million dry ration meals or more than 3,100 quintals of ration, including rice, lentils and wheat flour, to orphanages and old-age homes and other needy individuals across 79 cities in India.

Mr Khanna expressed his deep gratitude to the National Disaster Response Force (NDRF), its Director General Satya Narayan Pradhan and the force's personnel who he says have been working tirelessly on the ground to collect, package and distribute the ration across India.

"My hope is solidarity. Solidarity is everything. We can beat corona and we should all be united to figure out how to defeat this virus," Chef Khanna told news agency PTI.

He said in the current time of deep suffering, people have to support each other. "I'm focused on ensuring how to reach as many more people as possible to help them in these challenging times," he said.

"I'm not doing any favour. I'm giving back to my country. Apart from the kitchen, a chef has a huge responsibility and this gave an opportunity to me" to fulfill my responsibility.

Mr Khanna recalls that his massive exercise to provide dry ration and meals was triggered by a spam email that he received.

The e-mail was accompanied by a picture of an old age home in Vrindavan, Uttar Pradesh, a place Vikas Khanna says is very close to his heart. Mr Khanna made a donation through the e-mail but was later made aware that it was spam.

However, Mr Khanna realised that places such as old-age homes and orphanages would face difficulty in procuring their ration and food supplies due to the restrictions that had been put in place because of the lockdown.

"These places usually don''t have ration or food supply that can last months and many depend on daily donations," he said.

Mr Khanna, who could not travel to India due to COVID19-related international travel restrictions, used social media to convey his message that he is creating a supply chain to help feed millions of people across India and will provide dry ration to old-age homes, orphanages and hospitals.

He recalled that he faced challenges as he began coordinating with vendors and suppliers in India to procure and distribute the ration.

"I burnt my fingers at the outset," he said adding that he was duped by a supplier in Bangalore who took money from him for the ration but did not supply the goods.

The incident left him disheartened and demoralised but his mother motivated him to not let one setback stop him from helping hundreds of thousands of people in need. "My mother said that I burnt my fingers several times during my culinary journey and that I should not let this one incident come in the way of my focus to help others in this difficult time."

He was then advised to approach the NDRF to help him in the distribution of the ration.

"Everyday I receive images of NDRF personnel, working on the ground and distributing the dry ration across districts, small towns and cities," Mr Khanna said, adding that he could expand the reach of his initiative to many cities due to the efficiency and capability of the specialised force.

He said the process grew and now more than 350 people are working on the ground in India to provide ration and meals to those impacted by the COVID19 crisis. "People have been so willing in India to help out those in need."

In parallel, Vikas Khanna also started 'Indian Culinary Heritage', an effort to help those from whom Mr Khanna learned culinary skills that helped shape his journey as a world-renowned master chef.

In one instance, Vikas Khanna used social media to locate his "masterchef" Satyam, 72, who had taught him the technique to make 'Dibba Roti', a speciality from Andhra Pradesh.

"I learnt the technique of Dibba Roti by watching him years ago. Plz help me reach out to him asap. This is the true heritage of our country and we have to protect these treasures," Mr Khanna had tweeted.

He was soon able to locate Satyam and Khanna supplied him with a year's worth of ration, a "Guru Dakshina" to the elderly person.

Vikas Khanna says it is very important to support people like Satyam, who are treasures of Indian cuisine but are reeling from the impact of the coronavirus crisis. "Right now, in the times of COVID, it seems everything is setting you up for failure. But you can believe in a cause and achieve it."