While some suggested reopening economic activity in phases, others believed that it would be dangerous, at this stage in India's fight against the spread of COVID-19, to start flights and trains just now. 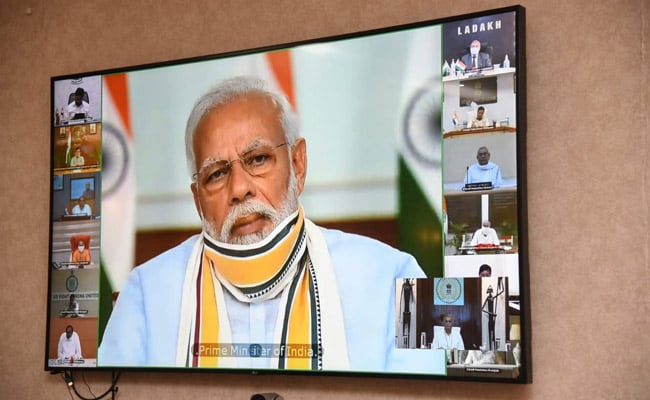 This is 5th meeting between PM Modi and the chief ministers.

Prime Minister Narendra Modi on Monday said he would hear all Chief Ministers before taking a considered decision on the road ahead after May 17, when the nationwide coronavirus lockdown is due to end. At his fifth virtual meet with Chief Ministers, divergent views emerged. While some suggested reopening economic activity in phases, others believed that it would be dangerous, at this stage in India's fight against the spread of COVID-19, to start flights and trains just now.

Here is a look at what Chief Ministers said:

Chief Minister K Palaniswami urged PM Modi not to resume flights and trains in the state until May 31. "We know from the media that regular train services to Chennai (from Delhi) and from Chennai will begin from May 12. As the positive cases in Chennai are showing an increasing trend, don't permit train services up to May 31 in my state," Mr Palaniswami said.

Chief Minister Jagan Mohan Reddy said agricultural markets should open. Stating that normalcy would revive the economy, he also suggested softening terms of loans to help people hit hard by the lockdown. He also said public transport, shopping and malls should be allowed with SOPs to ensure all virus protocols were maintained.

Mamata Banerjee reportedly hit out at the government, accusing it of exploiting the pandemic to play politics in her state. "This is not the time to do politics, don't bulldoze the federal structure," the Chief Minister fumed.

Chief Minister K Chandrashekar Rao has urged Prime Minister Narendra Modi not to resume the passenger train services, which were stopped as part of preventive measures to contain the spread of coronavirus in the country.

State governments should get the right to take decisions on handling of economic activities within their states. They should also get the responsibility to declare red, green and orange zones, Chhattisgarh Chief Minister Bhupesh Baghel said.

Chief Minister Captain Amarinder Singh pitched for extension of the lockdown but with a carefully crafted strategy, backed by fiscal and economic empowerment of the states, to save lives and secure livelihood.

Chief Minister Sarbananda Sonowal said the lockdown should continue for two more weeks as easing it would make people take the highly infectious disease lightly. "We have to be careful in opening interstate movement and it should be kept to the minimum," the Chief Minister said. He said there should be gap of at least one week between every train movement to Assam.

Chief Minister Uddhav Thackeray said coronavirus cases are expected to peak this month or in June and even July. "I've read Wuhan is seeing a second wave of cases, even WHO has warned about this. So I suggest that any action on lockdown must be taken cautiously," Mr Thackeray said, news agency ANI reported. He said local trains in Mumbai should be started for those in essential services.

Chief Minister Pramod Sawant tweeted he suggested for lifting of curbs, especially for interstate public transport. "Also put forth Goa's perspective on revival of state's economy including resumption of mining and tourism," he tweeted.

Chief Minister Arvind Kejriwal said economic activities should be allowed in Delhi except in containment zones. He called for lifting more curbs in Delhi - all of which has been designated a "Red Zone" to suggest a high-concentration of cases.