The new guidelines also said the lockdown provisions, however, will remain in force in containment zones till June 30. 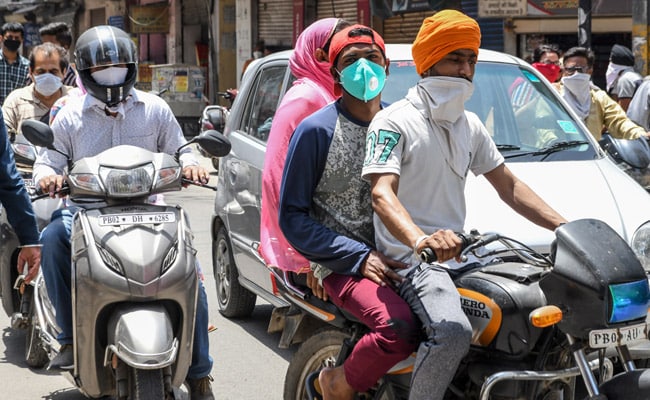 Use of COVA app and self-generated "e-pass" would be mandatory, the guidelines said. (File)

The Punjab government on Sunday issued fresh guidelines for the next phase of lockdown, starting on June 1 and allowed the opening of places of worship besides hotels, restaurants and shopping malls from June 8.

The new guidelines also said the lockdown provisions, however, will remain in force in containment zones till June 30.

The new guidelines came a day after Chief Minister Amarinder Singh on Saturday announced a four-week extension of the lockdown till June 30 in Punjab.

As per the guidelines issued by the Punjab Home Affairs and Justice Department, the movement of individuals for the non-essential activities shall remain prohibited from 9 pm to 5 am.

As far as marriage-related gatherings are concerned, guests not exceeding 50 would be allowed while up to 20 people would be allowed to attend funeral or last rites, the guidelines stipulated.
As per the guidelines, religious places or places of worship, hotels, restaurants (in-dine service) and shopping malls will remain closed till June 7.

The state government, however, based on standard operating procedure of the Union ministry of health, would issue SOP before June 8 for their opening, they said.

There would be no restriction on interstate movement of people and it would require no separate permission or e-permit.

However, use of COVA app and self-generated "e-pass" would be mandatory, the guidelines said.

Schools and colleges besides other educational and coaching institutes would continue to remain shut, the guidelines said, while allowing liquor vends to remain open from 8 am to 8 pm.

The interstate movement of buses will be allowed with mutual consent of the state and subject to the compliance of the Transport Department''s SOP.