UP Minister, 27 Others At Kanika Kapoor Party Test Negative For COVID-19

Kanika Kapoor's announcement caused a scare among politicians all the way to Delhi, including for parliament and the President's House. 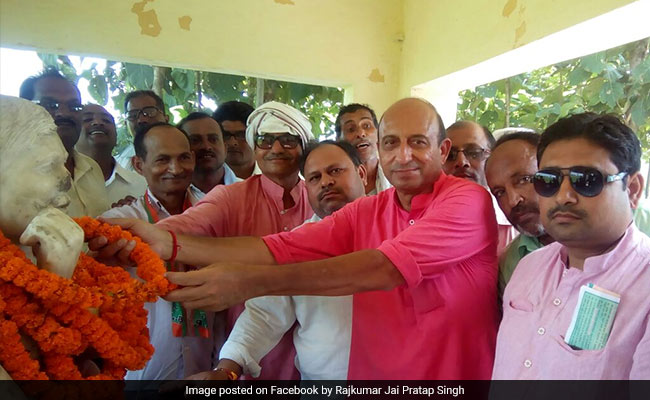 UP Health Minister Jai Pratap Singh was among those who attended the party with Kanika Kapoor.

Uttar Pradesh Health Minister Jai Pratap Singh, who had attended a party with Bollywood singer Kanika Kapoor days before she tested positive for coronavirus, has tested negative along with 27 others, Lucknow's King George Medical University said on Saturday.

The 66-year-old minister had gone into self-isolation after undergoing the test on Friday, soon after Ms Kapoor announced that she had tested positive in the pandemic that has affected at least 306 people in India including 23 who have recovered.

Jai Pratap Singh told news agency PTI that he received a call from the KGMU vice chancellor informing him that his tests came back negative.

He and his family, however, have been advised to stay at home for the next 14 days, the minister said.

On Thursday, Mr Singh was in Greater Noida to address a press conference to talk about the BJP-led state government's achievements over the past three years.

Three MLAs - Pankaj Singh, Dhirendra Singh and Tejpal Nagar, some administrative officials and several journalists who were present at the press conference also went into self-isolation after it became known that the minister had come in contact with Ms Kapoor.

Ms Kapoor landed in Lucknow from the United Kingdom and was admitted to a city hospital after she showed signs of flu.

Before she tested positive for COVID-19, she attended three parties in Lucknow. Nearly 300 people attended these parties, her father Rajiv Kapoor had said on Friday.

The singer's announcement caused a scare among politicians all the way to Delhi, including for parliament and the President's House and also led to a police case against Ms Kapoor for negligence.

As President Ram Nath Kovind cancelled all his appointments as part of the government measures, it emerged that he had met with an MP who was possibly exposed to coronavirus at the dinner attended by Kanika Kapoor on Sunday.

The BJP's Vasundhara Raje and her son, MP Dushyant Singh, who attended the dinner, have gone into self-quarantine as have MPs and other politicians who came in contact with them.