No Additional Activities Till Lockdown Assessment: Delhi Police To Personnel

Chief Minister Arvind Kejriwal on Sunday said the Delhi government will not relax the lockdown for at least a week as the coronavirus spread appears to have gained pace. 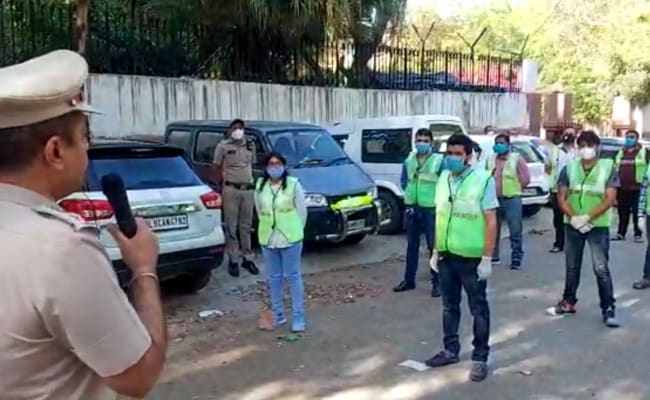 The Delhi Police issued an advisory to its personnel on Sunday, instructing them not to allow "additional activities" till a further comprehensive assessment is done by the city government on relaxation of the ongoing lockdown.

Chief Minister Arvind Kejriwal on Sunday said the Delhi government will not relax the lockdown for at least a week as the coronavirus spread appears to have gained pace.

Stressing that the national capital has "borne the maximum burnt" while containing the crisis, Mr Kejriwal, however, assured the situation is under control and his government will reassess it after a week to see what relaxations can be given.

Following this, the Delhi Police issued an advisory to all the district DCPs, Special CPs, Joint CPs and other units of Delhi Police.

The Delhi government in view of the assessment of COVID-19 situation in Delhi, has decided to maintain status quo with respect to strict implemention of consolidated guidelines issued by the order of Government of India on April 15 without any relaxation for "additional activities" till another comprehensive assessment on April 27 for further orders, according to the advisory.

It further stated "additional activities proposed with effect from April 20, are not allowed in Delhi until further orders."

The ground level staff be briefed about it thoroughly and repeatedly by district DCPs, ACPs and SHOs.

Several officers of the central government commute in hired taxis, therefore such vehicles carrying officers be allowed on the basis of their identity cards, the police advisory added.