In A First, 350 Stranded Indians Repatriated From Bangladesh Via Land Route

The High Commission has launched a dedicated link on its website for the registration for Indians willing to return to India. 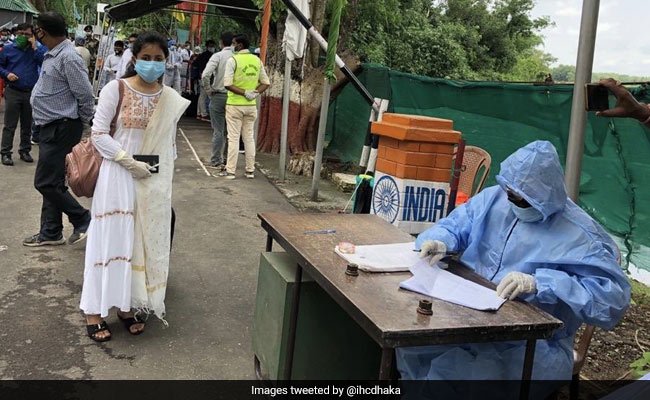 The Indians from Bangladesh entered the country through three checkpoints

A group of 350 Indian nationals, mostly medical students, who were stranded in Bangladesh due to the travel restrictions, today returned home through north-eastern frontiers, the first such land-crossing since the COVID-19 outbreak in the region.

The Indian nationals, mostly from the northeastern states, crossed the border through the three checkpoints in Meghalaya, Assam and Tripura.

"This is the first land crossing of our nationals from Bangladesh during the pandemic," Indian High Commissioner in Dhaka Riva Ganguly Das said as she saw off them at one of the three check posts on India-Bangladesh borders.

The Indian High Commissioner visited the Indian nationals going to Tripura through the Akhaura-Agartala Integrated Check Post and interacted with them.

The two other posts through which the Indians were returning home were Dawki-Tamabil crossing bordering Meghalaya and Sutarkandi-Sheola post bordering Assam.

The mission also shared videos of some Indian students sharing their excitement in being able to return home. The High Commission has launched a dedicated link on its website for the registration for Indians willing to return to India.

Repatriation from Bangladesh started on May 8 with the first batch of 168 Indian students on board a special Air India flight landing in Srinagar from Dhaka.