"If It Comes Early...": Maharashtra Experts On Timing Of Covid 3rd Wave

Coronavirus: The experts have also warned that at its peak, the third wave of the virus could cause 8 lakh active cases in Maharashtra, which currently has around 1.4 lakh patients 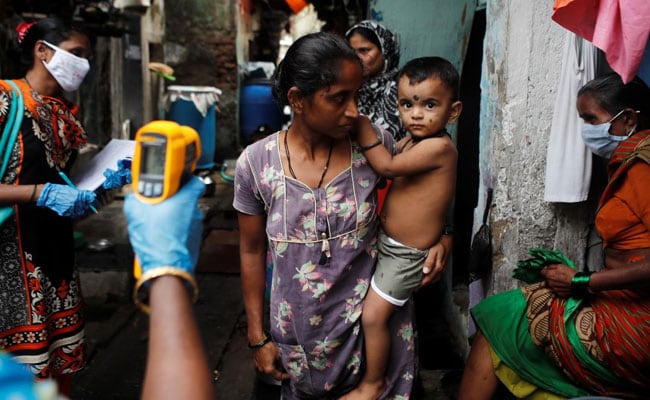 The third wave of Covid in Maharashtra could arrive earlier than expected, said a key experts body set up by Chief Minister Uddhav Thackeray, sources have told NDTV. The experts have said that the case count could begin rising "early", going by the crowding that has been seen as the restrictions in parts of the state are being relaxed.

"We need to be prepared if it comes earlier than expected. We have to go by some mathematical models and then look around the world and see what other waves have been like," said Dr Rahul Pandit, member of Maharashtra Covid Task Force on the third wave.

"The mathematical model predicts a 100 to 120-day gap between two waves. Few countries have had 14 to 15 weeks of gap. Yet, a few had a gap of less than eight weeks. We need to be prepared even if it comes a little early. We should not be caught off guard. It's very difficult to guess," Dr Pandit said. "Vaccination should be conducted aggressively and people stepping out should double-mask themselves."

The experts have also warned that at its peak, the third wave of the virus could cause 8 lakh active cases in the state, which currently has around 1.4 lakh patients.

The panel, formed to tackle Covid in Maharashtra, which has been hit worst by the virus, shared the predictions at a meeting chaired by Mr Thackeray.

The task force has also warned that the population that managed to skip Covid in the first two phases are the most vulnerable in the third phase.

"It is likely to affect paediatric category, but it's difficult to predict. The population segment that escaped Covid in the first two waves seems more vulnerable. But can't say when the third wave will come. We need to be prepared," said Dr Om Srivastava, Director of Infectious Diseases Department, Jaslok Hospital, and member of Maharashtra Covid task force.

Unlike the predictions from a section of experts - that children will be hit worst in the third wave - 10 per cent of the total cases will come from children and young adults, the task force has said.

In the first wave, Maharashtra saw around 19 lakh cases while the second wave saw 40 lakh cases.

The prediction of Maharashtra experts has been similar to the experts in Delhi. After the Arvind Kejriwal government declared the full reopening of shops and restaurants and thousands of commuters crowded into underground train stations and shopping malls on Tuesday, doctors in Delhi issued a strong warning.

A race to resume business as usual would result in an explosion of Covid as only about five per cent of all 950 million eligible adults have been inoculated, doctors said.

"Number of cases in Delhi in last 24 hours - 131. Delhi's top mall saw a footfall of 19,000 people last weekend as soon as it reopened. Have we gone totally mad? Wait for Covid to explode again and blame the government, hospitals, country. It's never our fault (sic)," Dr Ambrish Mithal, Chairman, Endocrinology and Diabetes, Max HealthCare, tweeted on June 15.