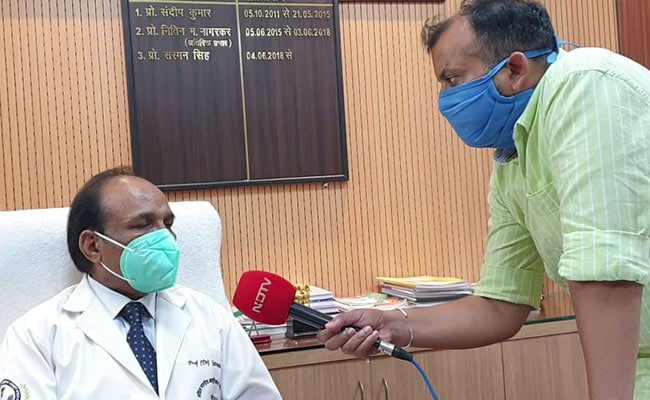 A team of scientists from AIIMS in Bhopal is conducting a research to check whether coronavirus infection can spread from the bodies of people who have died due to the highly contagious viral infection.

There have been reports of people - even by families - not giving dignified burial or cremation to those who have died of COVID-19 due to fear of infection. In July, eight bodies believed to be of those who died of COVID-19 and wrapped in plastic sheets were seen being tossed into a common pit for burial in a disturbing video in Karnataka's Ballari district.

"The primary findings of histopathology and other analysis suggest that the vascular system is the worst hit by the virus. It consequently causes coagulation and leakage in blood vessels, which resultantly trigger thrombosis, finally causing the patient's death," said the Director of the All India Institute of Medical Sciences or AIIMS.

"It's also being seen that some patients who were already treated for COVID-19 died later due to lodging of thrombos," Professor Singh told NDTV.

"There isn't any evidence or record about bodies of novel coronavirus patients spreading infection among healthy people. There only have been anecdotal references about people who attended funeral of COVID-19 patients, later turning positive for the same viral infection, but no evidence has been on record to establish that those people contracted the fatal infection from the body only," the chief of the top medical institute said.

The perception that coronavirus could spread of the bodies of those who died of the infection has led to several incidents of undignified handling of bodies.

A disturbing video from Andhra Pradesh in June showed an earthmover being used to carry the body of a 72-year-old coronavirus victim from the hospital to the crematorium.

As early as March the centre issued guidelines for handling bodies of COVID-19 victims. Among those guidelines is one that says: "Place the dead body in leak-proof plastic body bag. The exterior of the body bag can be decontaminated with a one per cent hypochlorite solution".

Over 91,000 have died in India due to coronavirus infection.