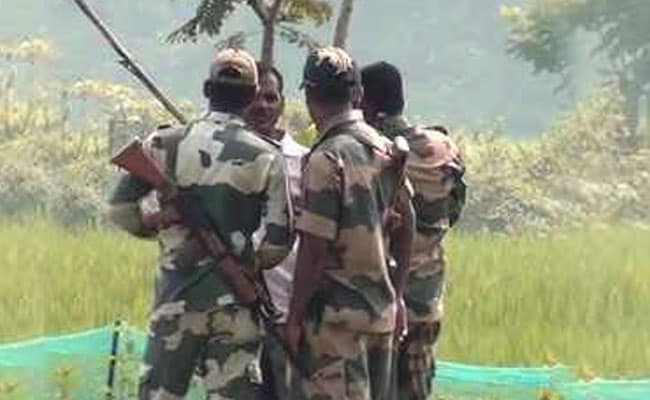 The 162 BSF personnel and their families who tested positive for the COVID-19 virus early last month violated containment protocols, including social distancing and quarantine, Tripura Chief Minister Biplab Deb declared on Monday, based on a report by a central team.

Tripura had declared itself coronavirus-free by the end of April after successfully treating the only two confirmed cases in the state. Shortly after, however, a cluster of cases emerged from a Border Security Force (BSF) camp in Tripura's Dhalai district headquarters Ambassa. The first case was reported on May 2 and the numbers quickly escalated to 151 within a week.

A team of experts from the centre submitted a report on the mini-outbreak today. Mr Deb, who is also president of the state unit of the BJP, said the report highlighted flouting of social distancing and quarantine norms by the BSF.

"We have sent the central team report to the Union Home Ministry. I have learned that the Commandant of the 138th BSF battalion was replaced after the outbreak," the Chief Minister said.

"As the BSF soldiers and family members came from different parts of the country, they should follow COVID-19 guidelines, including social distancing and quarantine," he added.

The report was submitted by a three-member central team constituted after Mr Deb asked the National Centre for Disease Control to study the increase in COVID-19 cases among paramilitary personnel.

Led by GK Medhi, who heads the Department of Community Medicine at the North Eastern Indira Gandhi Regional Institute of Health & Medical Sciences in Meghalaya, the team spent 11 days gathering data before submitting their findings to the state government last week.

As many as 135 BSF officers and soldiers and a mess worker attached to the 138th and 86th battalions, as well as 26 family members, were infected by the virus. All of them have, however, recovered but are in extended quarantine at battalion headquarters.

173 people have recovered so far and no deaths linked to the virus have been reported.

The Chief Minister has played down talk of the virus spreading any further. "There is very slim chance of contamination in the community. All cases detected after that are among the 14,000 who had returned after being stranded in other states and they have already been quarantined," he said.