According to the local administration, 25 fresh cases detected on Thursday took the total cases to 214. 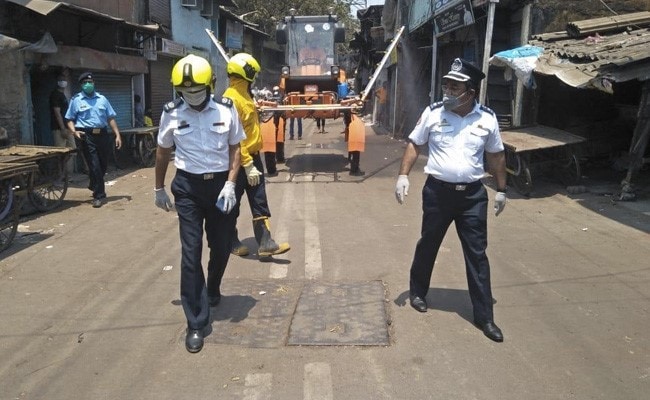 Dharavi: Mumbai is the worst-hit city in the country (File)

The numbers of coronavirus deaths and total positive cases rose today in Dharavi, Mumbai's jam-packed slum where around eight lakh people live huddled together in shanties. The total of those who contracted the deadly virus in the area crossed the 200-mark; with one addition on Thursday, the death figure reached 13.

The 2 square-kilometer area in which daily-wage labourers, migrant workers and low-wage groups live in make-shift houses to escape Mumbai's high real estate rents, has been divided into five read zones and 37 containment area. Those in the red zones cannot step out even for essentials goods and services.

"The biggest challenge is Dharavi itself... 10 to 15 people stay in one room. How is it possible to enforce social distancing?" city official Kiran Dighavkar was quoted by news agency AFP as saying.

He says no one is allowed to go in or out, and the police are using drones to ensure that people don't venture out.

With over 5,600 coronavirus cases, including at least 269 deaths, Maharashtra is the worst-hit state in the country; Mumbai is the biggest contributor in these figures. The metropolitan has reported over 3,683 cases, including 161 deaths.

The state government earlier this week said it will allow the use of anti-malaria drug hydroxychloroquine in parts of the state, including Dharavi.

"We will do 75,000 rapid tests soon as the Central government has given us conditional permission for it. We have also decided to use hydroxychloroquine as a precautionary measure in some areas, like Dharavi in Mumbai," state minister Rajesh Tope was quoted as saying by news agency ANI.

The drug is being used by many countries to fight the virus, but clinical researches have not backed its efficacy yet. The Indian Council of Medical Research, India's top medical body, had recommended that the drug should not be used as the COVID-19 cure.