"The samples of all the 112 people were sent to the AIIMS and the reports are negative. The quarantine period will continue for about a fortnight," a spokesperson for the border guarding force said. 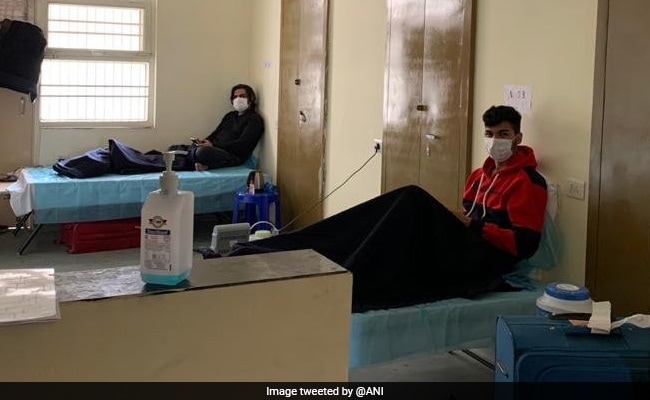 All the 112 people, housed at an Indo-Tibetan Border Police (ITBP) quarantine facility after being evacuated from Wuhan in China, have tested negative for coronavirus after their first samples were taken, an official said on Saturday.

"The samples of all the 112 people were sent to the AIIMS and the reports are negative. The quarantine period will continue for about a fortnight," a spokesperson for the border guarding force said.

Seventy-six Indians and 36 foreigners were taken to the ITBP force quarantine centre in the Chhawla area of the national capital on February 27 after they were flown in from Wuhan city on an Indian Air Force transport plane.

The group of foreign nationals comprise 23 from Bangladesh, six from China, two each from Myanmar and Maldives, and one each from Madagascar, South Africa and the USA.

"The second samples of the inmates will be taken on the fourteenth day of the quarantine period and all those whose results are negative will be released from the ITBP centre," the spokesperson added.

Earlier, India had similarly evacuated around 650 Indians from Wuhan on board two Air India flights who were kept at the same ITBP facility and one prepared by the Army in Manesar near here.

All these people were later found negative for the virus and they were allowed to go home after over a fortnight of quarantine.

A team of doctors, paramedics and others will be present at the quarantine facility round-the-clock and the inmates will be provided facilities like food, bed and indoor entertainment to spend time, the spokesperson said.