They alleged that were not provided with proper food and water, officials said. 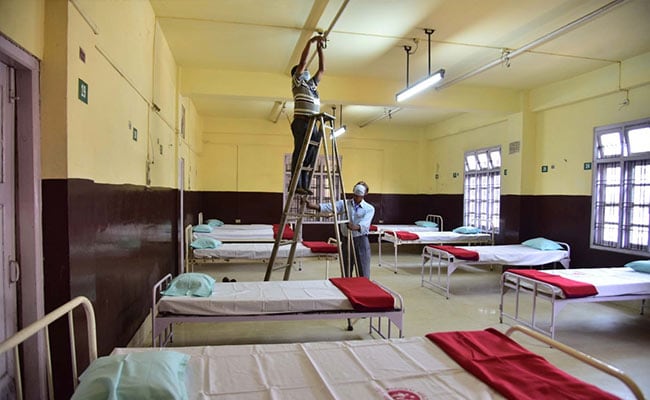 The incident has been resolved, a senior official said (File)

In an unprecedented incident, some patients of a COVID-19 care centre in Kamrup rural district of Assam came out of a coronavirus facility, alleging they have not been given food.

According to government sources, the incident took place on Thursday when around 30 asymptomatic patients came out of the centre that is adjacent to the national Highway 31, on the outskirts of Guwahati. They reportedly blocked the highway.

They alleged that were not provided with proper food and water, officials said.

Kamrup Rural Deputy Commissioner Kailash Kartik N along with police rushed to the facility in Changsari and asked the patients to clear the highway and return to the centre so that the matter can be resolved through discussions. The patients agreed and the matter was resolved amicably, government sources further added.

The patients were brought in late at night and food was arranged for them but there were few staffs to look after the distribution thus few of the them did not get food packets, government sources further added.

"This incident did happen yesterday morning, but we have resolved it and we see a sea change in the attitude of the patients," the officer said.

Health and Family Welfare Himanta Biswa Sarma said if the patients are not happy at the COVID care facility, they can opt for home quarantine.

"We have brought them to the facility so that they can be cured and do not infect others. If they are not happy there, they can sign the undertaking and go under home quarantine," he said at a press conference.

The health workers are on duty day and night and there may have been some delay as they are overburdened, he said.

"In other states, even the testing is conducted on payment but in Assam, the entire expenditure -- from testing to their stay and food -- are borne by the state government," Mr Sarma added.