Covid-19 Vaccination: ICMR chief Dr Balram Bhargava also said testing and containment had helped control the second wave but warned that such measures "are not a sustainable solution"

India has reported over 2.8 crore Covid cases since the pandemic began in December 2019 (File)

One crore Covid vaccines will be available every day by mid-July, or early-August, ICMR chief Dr Balram Bhargava said Tuesday afternoon, as the centre doubled down on its stated aim of vaccinating the whole country - around 108 crore people - by the end of the year.

Pointing to the large population, Dr Bhargava called for patience as existing manufacturers scale up capacity, and the newer ones find their feet, and said he did not anticipate a shortage in the future.

He also said that while increased testing and strict containment had helped control the second wave. it was unwise to rely on such measures as they are not "a sustainable solution".

"There is NO shortage of vaccines. This (shortage) is what you feel if you want to vaccinated the country within a month (but) our population is four times that of the United States. Need to have some patience... by mid-July, or early-August, we'll have enough doses for a crore a day," he said.

"By December we hope to have the whole country vaccinated," he said, echoing promises made by two union ministers and the centre - to the Supreme Court.

Last month a top central advisor said over 200 crore doses will likely be available by December.

The country is currently producing around 8.5 crore doses per month, or about 28.33 lakh per day, the centre told the Kerala High Court last week, adding it expected production to increase by July. Covishield and Covaxin are being produced in India, with Sputnik V production also starting.

Vaccines by Pfizer and Johnson and Johnson are expected to be approved soon, and pharma company Cipla has sought fast-track approval to bring Moderna's single-dose booster vaccine to India.

Vaccine supplies have become a sore subject between the centre and states, with the latter insisting they do not have sufficient stock, particularly for the 18-44 age group that government data says accounted for nearly 50 per cent of all new cases between May 1 and 24.

Some states, like Delhi and Tamil Nadu, have stopped vaccinations, while others, like BJP-ruled Uttar Pradesh, have floated global tenders to import vaccines from abroad. 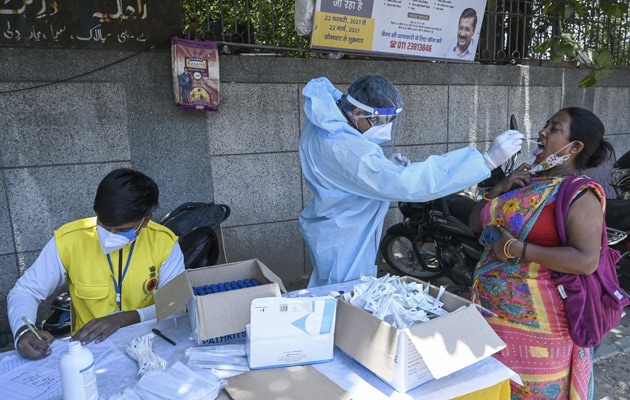 India has reported over 2.8 crore COVID-19 cases since the pandemic began in December 2019 (File)

The centre, however, insists states have enough stock. Earlier Tuesday it said over 23 crore doses had been provided so far, and 1.57 crore doses are still available with states and UTs.

On Monday the Supreme Court flagged "various flaws" in the centre's vaccination policy, including availability and pricing, and gave it two weeks to respond to its queries.

India Tuesday morning reported 1.27 lakh new COVID-19 cases in the past 24 hours - the lowest daily increase since April 9. The second wave saw a peak of over four lakh new cases in a day.

Dr Bhargava attributed the decline in cases to increased testing and strict containment, and said it was critical "to find a way to ease lockdown - very gradually, very slowly".

"Re-opening revolves around three pillars: a) positivity rate of less than five per cent for a week, b) at least 70 per cent of vulnerable individuals (elderly and those over 45 with co-morbidities) must be vaccinated, and c) community must continue to follow Covid-appropriate behaviour," he added.

Dr Bhargava's comments are important given some states have begun unlocking. On Saturday Delhi extended its lockdown by a week, but allowed manufacturing and construction activities to resume.