But There Was No Order to Rape Sisters, Says UP Village 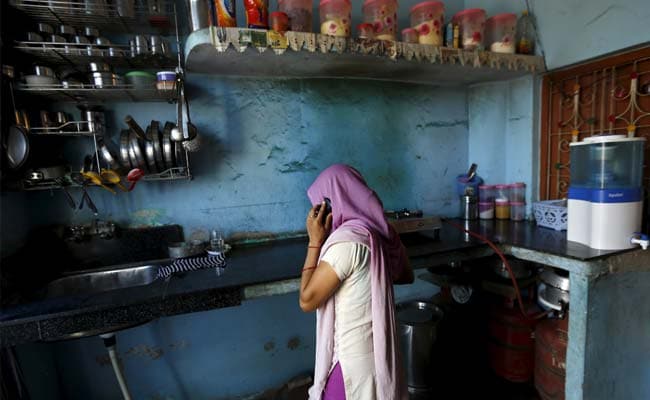 The mother of Meenakshi Kumari, 23, one of the two sisters allegedly threatened with rape by a village council in Uttar Pradesh

SANKROD, UTTAR PRADESH: A village council in Uttar Pradesh has denied allegations that it ordered two young Dalit sisters to be raped because their brother eloped with a higher caste woman.

The council's purported ruling led to an international outcry and hundreds of thousands of people have demanded their safety.

Now, members of the village council in the Baghpat region have told news agency Reuters that they passed no such order. Family members of the two sisters also told Reuters they are unsure if the ruling was made. And local police deny any such directive was given.

"It is all hearsay, we don't know if this actually happened," said Dharam Pal Singh, 55, the women's father and a retired soldier. "We heard it from other villagers."

The incendiary allegations were contained in a petition to the Supreme Court filed last month by a lawyer for the Singh family seeking protection for the sisters. It said one of Singh's sons fell in love with a married woman of a higher caste, leading to a row between the two families.

In its most sensational claim, the court filing said Meenakshi Kumari, 23, and her 15-year-old sister fled their home after being told they would be stripped naked and paraded with their faces blackened before being raped to atone for their brother's transgression.

Rahul Tyagi, the lawyer who brought the case to the Supreme Court, was hired by the family when the row over the affair started some months ago.

Mr Tyagi said he stood by the petition, which the family filed because of fears for the safety of the sisters, and denied failing to check the facts. However, he said he had never visited the village, nor spoken to any members of the council who supposedly issued the rape order.

"We have documentary evidence for nine out of 10 things in the case," he said. "The other things people will not come out with unless there is an independent investigation."

Ms Kumari, the elder sister, admitted she didn't know if the council had issued a ruling but said she took the threat seriously. "It is very tough life for women," Ms Kumari said in an interview at Mr Tyagi's office in the relative security of the capital. "These things can happen."  She said she had heard of the threat to rape her from her father.

Unelected village councils like the one in Baghpat do mete out rough justice in many parts of rural India, ruling on matters of marriage, property and how women should dress. In rare instances the councils have ordered rape as a punishment.

However, it typically is difficult to confirm such rulings because village councils usually only issue verbal orders, and no record is kept of proceedings.

When the accusations first emerged last month, they spread like wildfire. An online petition by Amnesty International seeking justice and protection for the low-caste sisters gathered over 260,000 signatures, mostly in Britain.

Reuters interviewed more than 20 people involved in the incident in the village of Sankrod, in Baghpat district, an hour's drive away from Delhi. No one said they had any evidence that the council had handed down the rape punishment, as alleged in the court petition. The petition said the council was comprised of upper caste men.

The village council is actually more than 80 percent female and headed by a woman who, like the sisters, is from the bottom of the caste hierarchy.

"How many times do I have to tell you that there was no meeting?" said Bala Devi, 55, who has run the council for the last five years. "We spend our time discussing mundane things like fixing the roads or water pumps."

Sharad Sachan, a police superintendent, concluded after interviewing council leaders and other villagers that no such order had been issued. "The Supreme Court asked us to investigate and we plan to tell them our findings later this month,"  Mr Sachan said.

The Supreme Court is not due to rule on the case until later this month.

Amnesty said it did not investigate the case or visit the village, and instead relied on the court submission.

Gopika Bashi, women's rights campaigner at Amnesty International India, said that despite the doubts cast over the story there were no plans to withdraw its petition.
© Thomson Reuters 2015