Conspiracies Being Hatched To Destabilise Government, Defame Me: PM Modi 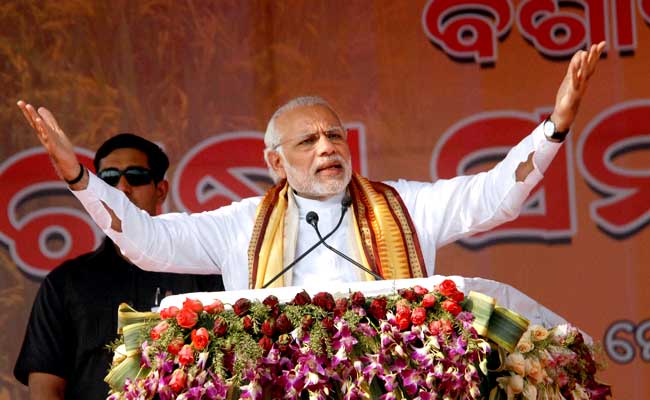 Prime Minister Narendra Modi today alleged that disgruntled NGOs and black-marketeers were conspiring to destabilise the government and "defame" him and asserted that he will not bow to any machinations.

He said "some people" were not able to digest the fact that a "chai wala" (tea seller) has become the Prime Minister and hence were conspiring all the time to bring him down.

Without naming anybody or any specific instance, he said he had taken some steps because of which "these people are facing problems".

He made the remarks while talking about the neem-coating of urea being done to avoid its pilferage and routing to chemical factories like in the past.

"Since we have done neem coating, will those chemical factories which were looting not be angry with Modi? If something is against Modi, will they not help it? Will they not shout against Modi," he asked the gathering.

The prime minister said that NGOs receive money from foreign countries and his government was seeking the account.

"We said let it come but give account of the funds received. The moment we started asking for accounts, they all got together and said 'Modi ko Maaro', 'Modi ko Maaro' (hit Modi), he is seeking accounts from us," he said and asserted that "the country needs to know where the money that comes in is being spent. It is in the law."

He said since the government started asking for accounts, "they all (NGOs) got together and have been conspiring all the time how to finish Modi, how to remove Modi government and how to defame Modi.

"But my dear brothers and sisters, you have elected me to cure the country of this disease and I am doing this.

The prime minister said he knows what is "irritating" and "pinching" his detractors but "we will not allow the country to be looted or destroyed."

The prime minister focussed his speech on the initiatives of his government for the welfare of the farming community, including Irrigation scheme, Crop Insurance Scheme and Soil Health Card scheme. 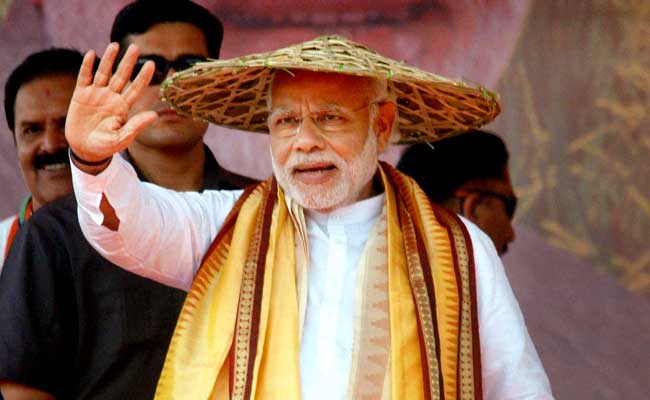 He said even the Start-Up scheme launched by him recently could be used for the development of the agriculture sector as it was not confined to hi-tech sectors like IT only.

PM Modi said his government was giving thrust to the agriculture sector as he was convinced that the country can have 2nd Green Revolution in which Odisha and other eastern states should take the lead.

"I am your 'pradhan sewak'. Can we all together, the Centre and the states, work to ensure that the farmers' income is doubled by 2022, the 75th anniversary of the country's Independence? Let us all make some contribution to fufill the dreams of those who fought for the Independence," he said.

With regard to the 2nd Green Revolution, he said the entire eastern region is full of natural resources including water and has the potential to emerge as the place for production of food grains to feed the entire nation.

"Odisha has so many rivers like Mahanadi, Brahmani, Baitarani and others. The state is blessed with water resources. If Odisha wants then it can be number one in agriculture," PM Modi said.

Claiming himself as committed to the protection of farmers interest, he appealed to the farmers to make ample use of the Crop Insurance scheme as it will help them during the time of crisis.

He said the newly-launched scheme is so good, as compared to the earlier ones, that even the critics have not been able to criticise it.

"Even the opponents, the farmers, the states, all have welcomed the new Crop Insurance scheme. But I am not satisfied with this appreciation. I seek your help to ensure that at least 50 per cent of the farmers in the country take this policy," the prime minister said.

He said the earlier schemes were such that only 20 per cent of farmers utilised it and even many of them quit as they found these were not beneficial.

Highlighting the benefits of the Crop Insurance scheme like the cap of 2 per cent on premium unlike "upto 50 per cent earlier", he said if more farmers take the policy, it would mean more financial burden on the government.

"Usually the governments would avoid any scheme that increases financial burden on it. But I live for the farmers. If the money goes, let it go. After all, it is going to the farmers only," PM Modi said.

Talking about some of the benefits of the scheme, he said now the farmers can get compensation even if only one-third of their crop, PM Modi said. Earlier, compensation would be given only if 50 per cent of crop was damaged.

He said the soil health card scheme has already started and the farmers getting benefits out of it.

The prime minister said besides crop production, the farmers should also focus on the fisheries, poultry, diary, forestry and honey production.

"If you (farmers) plant trees in one-third of your land, you may meet the expenses of your daughter's marriage by cutting certain timbers. You need to do it for increasing the income of the family," PM Modi suggested to the gathering which chanted 'Modi.. Modi.. Modi', all through his 50-minute long speech.

Stating that transformation in India's agriculture sector has to be made, the prime minister said his government has pledged to develop the eastern states besides north eastern states. "The economic activities in eastern part of the country must increase," PM Modi said.
Comments
PM Narendra ModiModi governmentModi in Odisha