Congress Will Work As Strong Opposition In Haryana: Kumari Selja

In the recent October 21 state assembly elections, the Congress had emerged as the main opposition, winning 31 of the 90 seats. 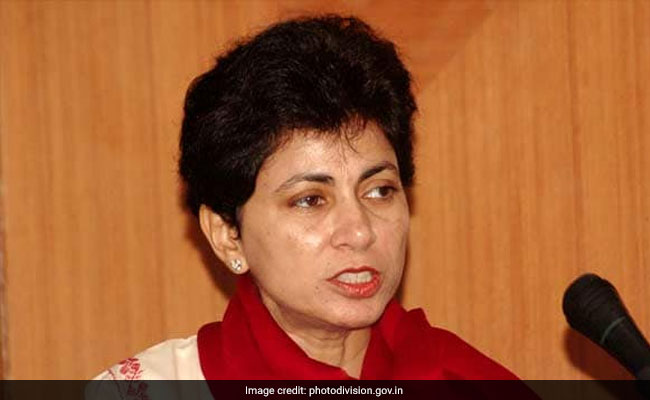 Kumari Selja said her party would soon start a membership drive for it in the state.

Terming the BJP-JJP alliance government in Haryana as a "mismatch", the state's Congress chief Kumari Selja on Wednesday said her party would play the role of strong and effective opposition.

"The Congress party will strongly raise its voice on public issues both inside and outside the state assembly," she told reporters.

In the recent October 21 state assembly elections, the Congress had emerged as the main opposition, winning 31 of the 90 seats.

The Bharatiya Janata Party, which had won 40 seats in the House, formed the government for a second-time term with the support of ten members of the Jannayak Janata Party and seven independent MLAs.

Terming the BJP-JJP alliance in Haryana a "mismatch", Kumari Selja said, "History is a witness that whenever such alliances have been formed they have not proved to be effective and the public has always rejected such alliances."

"It is to be seen how the two parties will implement their poll promises," she added.

Kumari Selja said her party would soon start a membership drive for it in the state and conduct organisational elections.

She said preference will be given to leaders and workers who raise public issues in the party and work at the grassroots.

Attacking the BJP, she accused it of always practising the "politics of lies".

"Their slogan is to lie and cover up their failures. Despite adopting all the tricks, the BJP was reduced to 40 seats. During their poll campaign, national issues such as revocation of Article 370 in J&K and NRC were thrown up to hide the failures of the five-year tenure of the BJP.

"But the BJP failed to gauge the pain of any section of society in the state, including those of farmers, labourers, traders, youth, workers and women.

"This is the reason why their all efforts to mislead the people of the state through their publicity blitzkrieg, the BJP, which won all 10 seats in the Lok Sabha elections, was reduced to 40 seats in the assembly and their ''Ab ki baar 75 paar'' slogan fell flat," she added.