Independent Gujarat MLA Jignesh Mevani said the Congress played a key role in Indian independence movement and he has decided to join the Sonia Gandhi-led party as he thinks it can end the "misrule" of the BJP. 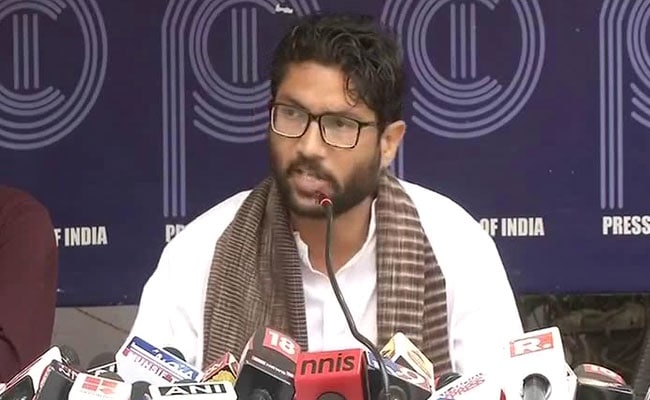 The BJP has "failed" on every front in the state, Jignesh Mevani said (File)

Independent Gujarat MLA Jignesh Mevani, who has extended his support to the Congress, on Wednesday expressed confidence that the opposition party will defeat the ruling BJP in the 2022 assembly elections.

Mr Mevani said the Congress played a key role in Indian independence movement and he has decided to join the Sonia Gandhi-led party as he thinks it can end the "misrule" of the BJP.

"I would like to thank Congress workers and leaders for welcoming me to the party headquarters here in Ahmedabad," Mr Mevani told reporters.

The legislator from the Vadgam assembly constituency has extended his support to the Congress, but has not taken formal membership of the party so far due to technical reasons (he will lose his MLA status).
He came to the Congress headquarters here on Wednesday for the first time after deciding to join the party.

"I have decided to join the Congress as I believe it is the only party that will be able to end the misrule of BJP in the state and the country. The Congress ended the British Rule and in the same way it will end the BJP dominance," Mr Mevani said.

"The BJP has been ruling Gujarat for the last 25-27 years. In the last elections (in 2017), the Congress fell short by 10 to 12 seats from gaining a majority. However, I am convinced that this time (in 2022 elections), the party will win in Gujarat," he said.

The BJP has "failed" on every front in the state, the MLA said.

"I am not able to join the Congress party for technical reasons as I am an independent MLA. But I will soon join the party. I had discussion on this issue with state Congress president Amit Chavda and also Congress leader Rahul Gandhi," Mr Mevani said.

As per sources close to the MLA, he will fight the next assembly elections under the banner of the Congress and join the party just before the polls.

Mr Mevani had last month attended a function in Delhi where former JNU Student Union president Kanhaiya Kumar was inducted into the Congress.

In 2017, Mr Mevani was elected from Vadgam, where the Congress did not put up any candidate against him.