Addressing the media at the AICC headquarters, Congress spokesperson Pawan Khera said, "I would also like to announce that the Congress party extends its whole-hearted support to the Bharat Bandh on December 8." 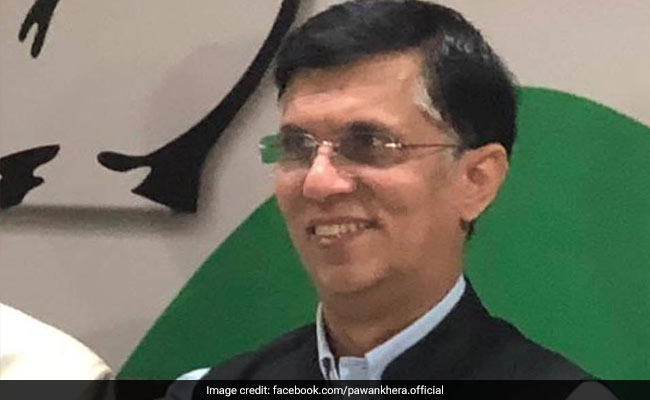 The Congress on Sunday expressed its "whole-hearted" support to the "Bharat Bandh" called on December 8 by farmer unions against the new agri-marketing laws and announced that it will hold protests that day at all district and state headquarters in solidarity with the demands of the farmers.

The representatives of thousands of agitating farmers, who are sitting on various borders of the national capital since November 26, have said their call for a ''Bharat Bandh'' on December 8 would be observed with full force.

Addressing the media at the AICC headquarters, Congress spokesperson Pawan Khera said, "I would also like to announce that the Congress party extends its whole-hearted support to the Bharat Bandh on December 8."

Former party chief Rahul Gandhi, through tractor rallies, signature campaigns and Kisaan rallies, has been raising the party's voice in support of the farmers, he said.

"All our district headquarters and Pradesh headquarters will participate in this bandh. They will hold demonstrations and ensure that the bandh is successful," Khera said.

"The entire world is witnessing the plight of our farmers. The entire world is seeing the horrible sight of farmers sitting outside the capital in the middle of the night in winters waiting for the government to listen to them," he said.

The Congress spokesperson slammed the government for bringing the new farm laws and asked what was the hurry in enacting the legislations.

"Where was the need to bring these legislations so fast, you suspended the opposition parties from Parliament, you did not follow parliamentary procedure and hurried through the passing of the bills, why was the hurry," he said.

Khera alleged that the government did not take the farmers into confidence and was now "hiding behind" the interest of the farmers.

"If you were really bothered about the interest of the farmers, you would have taken their advice before coming up with these legislations," he said.

"What we are seeing today is the result of a conspiracy between the government and its corporate friends, wherein the victim would be the farmer, and the farmer knows this," Mr Khera claimed.

Talks between the government and protesting farmers remained inconclusive on Saturday even after five rounds of discussions as union leaders stuck to their demand for the repeal of the new farm laws and went on a ''maun vrat'' seeking a clear ''yes or no'' reply, forcing the centre to call for another meeting on December 9 to resolve the deadlock.

The farmers are protesting against the Farmers (Empowerment and Protection) Agreement of Price Assurance and Farm Services Act, 2020; Farmers Produce Trade and Commerce (Promotion and Facilitation) Act, 2020; and The Essential Commodities (Amendment) Act 2020.

However, the protesting farmers have expressed apprehension that the new laws would pave the way for eliminating the safety cushion of Minimum Support Price and do away with the mandis, leaving them at the mercy of big corporates. The centre has repeatedly asserted that these mechanisms will remain.