The RGF and RGCT will respond to the charges and take action, Jairam Ramesh said. 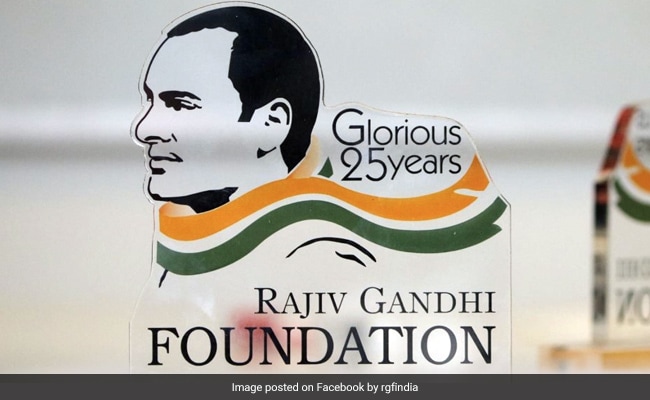 The Congress has accused the Centre of "recycling old charges" to scrap the foreign funding license of two non-profits associated with the Gandhi family. The Centre is doing this to "defame and divert public attention from issues of day-to-day concern to them," the party said in a statement this evening.

"The economy is in deep crisis caused by spiralling prices, galloping unemployment and a falling rupee. The Bharat Jodo Yatra has evoked a huge public response. Clearly people are fed up with the politics of hate and divisiveness," the party said.

The government action follows probe by an inter-ministerial committee formed by the Home Ministry in 2020. The investigators looked into allegations of irregularities in the filing of income-tax returns, misuse of funds and money laundering.

"The RGF and RGCT will of course be responding to the charges hurled at it and take whatever action it deems appropriate legally," read the statement from Jairam Ramesh, Congress's communications in-charge.

The activities of the two non-profits "are completely open and transparent. They have rendered yeoman public service," Mr Ramesh said.

The Congress, he added, "will not be browbeaten or deterred from continuing with the Bharat Jodo Yatra that resumes on Oct 27th after a 3-day break".

The Rajiv Gandhi Foundation works for inclusive and sustainable development of India using science and technology, empowerment of women and youth, and provides relief in cases of violence and natural disasters, the Congress said.

The charitable trust, established in 2002, is meant to address the development needs of the underprivileged, especially the rural poor.

Another organisation that came under scrutiny is the Indira Gandhi Memorial Trust. No action has been taken against it.

During the Indian Army's face-off with China's People's Liberation Army in Ladakh in 2020, BJP chief JP Nadda had alleged that China gave funds to the Rajiv Gandhi Foundation between 2005 and 2009 to carry out studies that were not in national interest. He had also alleged that it received funds from fugitive businessman Mehul Choksi and the Prime Minister's Relief Fund.

The 2005-2006 annual report of the Foundation lists the Chinese embassy as one of the "partner organisations and donors".

"The Trusts have always been purely charitable in nature and comply with all laws and regulations. All statutory requirements of audit, program activity and financial disclosure, and filing of returns have been scrupulously followed every year," the Congress said.

US H-1B Visa Applications, For Skilled Workers, To Begin From March 1