Prime Minister said during the long Congress rule, riots and curfews were quite common in Gujarat, where the Bharatiya Janata Party (BJP) is in power for the last 27 years. 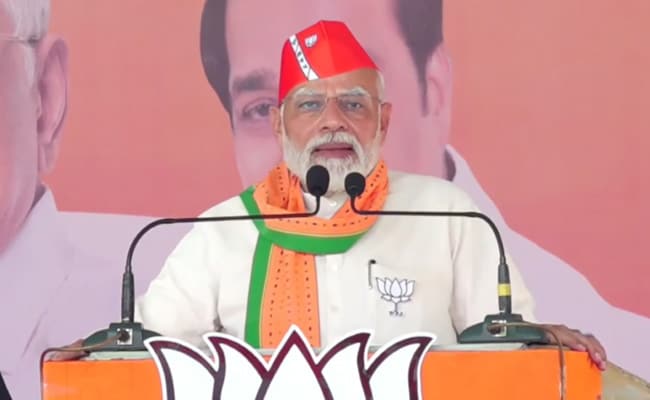 Prime Minister Narendra Modi on Wednesday said the people of Gujarat used to live in fear when the Congress was in power because "anti-social elements" were given protection by the party.

He said during the long Congress rule, riots and curfews were quite common in Gujarat, where the Bharatiya Janata Party (BJP) is in power for the last 27 years.

The Prime Minister was addressing a poll rally - his third of the day - in Vadodara in support of BJP candidates ahead of next month's Assembly elections. Voting in Vadodara district will take place on December 5 in the second phase.

"Today's young generation may not know what was the situation (in Gujarat) two decades back -- riots and curfews were common. Anti-social elements used to terrorise people without any fear. They were given a free hand. That was the Congress' policy. Such elements were given protection by the government," said Prime Minister Modi, who served as Gujarat CM from 2001 to 2014.

He claimed a similar situation still prevails in states where Congress is in power at present.

Referring to the newly built Pavagadh Temple in adjoining Panchmahal district, which he inaugurated a few months ago, the PM said past Congress governments never thought of developing such places of worship due to "vote bank politics".

The PM said the Vadodara, Halol, Kalol, Godhra and Dahod belt will become a "hi-tech manufacturing corridor" in the near future.