Mr Chidambaram has also been summoned by the Enforcement Directorate or ED on June 12 in connection with the alleged money laundering in the Aircel-Maxis case. 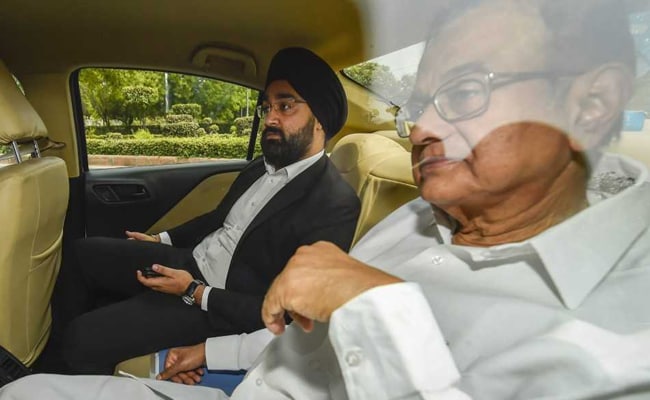 New Delhi: Hours after Congress' P Chidambaram was grilled by the Enforcement Directorate or ED in connection with the Aircel-Maxis case, the CBI questioned him regarding his role in the INX Media case. The CBI has alleged irregularities in payments made by the media company to Mr Chidambaram's son, Karti, in return for clearance from the Foreign Investment Promotion Board or FIPB.

Mr Chidambaram has also been summoned by the Enforcement Directorate on June 12 over the alleged money laundering in the Aircel-Maxis case.

On Tuesday, the former finance minister was for the first time questioned by the ED for nearly six hours in connection with the Aircel-Maxis case, following which, Mr Chidambaram had said in a series of tweets that the questions and answers were what was already on file.

Both CBI and the Enforcement Directorate are investigating the foreign investment clearance granted in 2006 for the Aircel-Maxis deal and in the INX Media case in 2007, when Mr Chidambaram was finance minister in the UPA government.

His son, Karti Chidambaram, was also arrested in the case and later let off on bail. The CBI has alleged that irregularities were committed in giving INX Media the clearance to receive Rs. 305 crore in foreign investment. The CBI initially alleged that Mr Karti had received Rs. 10 lakh as bribe for facilitating the FIPB clearance.

The former union minister had earlier reached CBI's Delhi headquarters after the hearing of his plea seeking relief from arrest for which he had moved two courts. The Delhi High Court has granted him immunity till July 10.
Comments
ChidambaramINX media