At a convention of Scheduled Castes in Bikaner, Amit Shah said the country's security comes first and no illegal immigrant should remain in India. 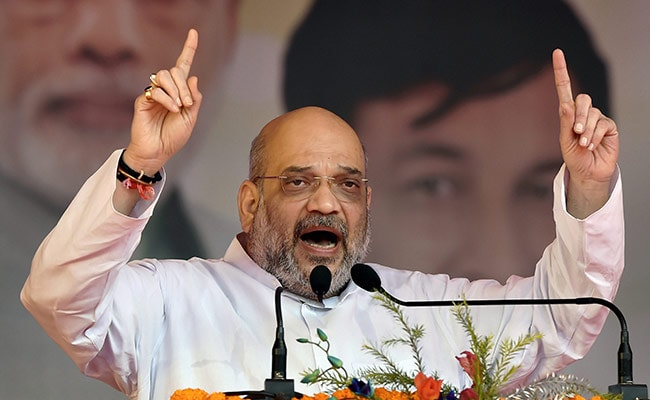 Amit Shah said the BJP initiated a number of measures to uplift Dalits, but the Congress did not do so

BJP president Amit Shah Thursday said the Congress remembers BR Ambedkar only at the time of elections and "disrespects" him after coming to power.

At a convention of Scheduled Castes in Bikaner, he also said the country's security comes first and no illegal immigrant should remain in India.

He said the BJP initiated a number of measures to uplift Dalits, but the Congress did not do so.

Atrocities against Dalits decreased under the Vasundhara Raje government in the state, he claimed.

Amit Shah said the BJP is not the party of one particular caste or community but a party of all and Prime Minister Narendra Modi has given the mantra of 'Sabka Saath, Sabka Vikas'.

Targeting Rahul Gandhi, Amit Shah said four generations of the Congress chief's family ruled the country, but Dalits, tribals and backward people were not given justice.

The nation's security comes first and no illegal immigrants should remain in India, he said.

The BJP chief welcomed the government's decision to reduce petrol and diesel prices, saying it shows the government is committed to working in the interest of people.

He said the BJP-led central government wants to bring 10 crore families into the mainstream of development.

In Sikar, Amit Shah addressed a meeting of ex-servicemen and a convention, where he said that the Modi government worked for the welfare of soldiers and fulfilled its promise on the "one rank, one pension" scheme.

Talking about the Army's surgical strikes across the Line of Control two years ago, he said India paid Pakistan back in the same coin.

He also said that the government has prepared a 20-year road map for the modernisation of defence forces.