In a tweet Tuesday night, Shashi Tharoor praised Vir Das as a stand-up comedian who knows that the real meaning of the term "stand up" is not physical but moral. 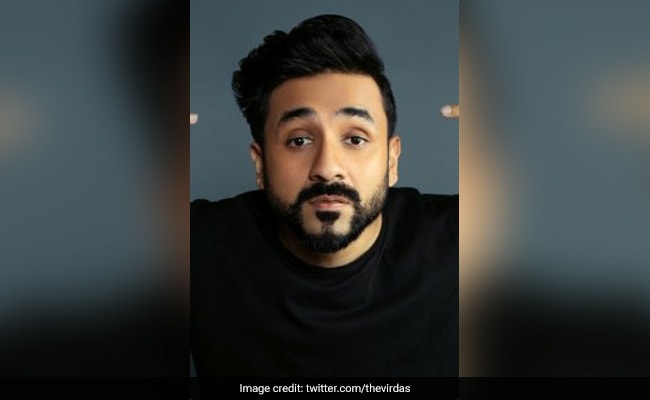 Under attack for his monologue "I come from two Indias", stand-up comic Vir Das has found backing in Congress leaders Kapil Sibal and Shashi Tharoor but criticism from their party colleague Abhishek Manu Singhvi for "vilifying the nation".

As the issue gathered steam, senior Congress leader Sibal today tweeted that none can doubt that there are two Indias. "...Just that we don't want an Indian to tell the world about it. We are intolerant and hypocritical," he tweeted.

In a tweet Tuesday night, Mr Tharoor praised Vir Das as a stand-up comedian who knows that the real meaning of the term "stand up" is not physical but moral.

A stand-up comedian who knows the real meaning of the term "stand up" is not physical but moral -- @thevirdas spoke for millions in this 6-minute take on the Two Indias he hails from & stands up for. https://t.co/94h4SnyZhX
"This is a joke, but it's just not funny." Brilliant.

Vir Das spoke for millions in the six-minute take on the 'Two Indias' he hails from and stands up for, he said.

Tagging a tweet by a person who said he has filed a complaint against Das with Mumbai police, Mr Tharoor tweeted, "We know which India this comes from."

However, Mr Singhvi hit out at Vir Das, saying that "generalising the evils of a few individuals and vilifying the nation as a whole in front of the world is just not done".

"The people who painted India in front of the west as a nation of saperas and luteras during the colonial rule have not ceased to exist," the Rajya Sabha MP said on Twitter using the hashtag "Vir Das".

Mr Das, who is currently in the US, on Monday uploaded a video on YouTube. The six-minute video titled "I come from two Indias" is part of his recent performance at the John F Kennedy Centre in Washington DC.

The well-known artiste, who has also dabbled in cinema, touched on various topics in the clip, including the farm protests, the battle against Covid, the duality in response to women, particularly rape, and the crackdown on comedians.

A day later, he issued a statement clarifying that his comments weren't intended to insult the country.

A section on Twitter posted clips and pictures from his monologue, many picking on what he said about women -- "I come from an India where we worship women during the day and gang-rape them during the night."

"Please do not be fooled by edited snippets. People cheer for India with hope, not hate. People clap for India with respect, not malice. You cannot sell tickets, earn applause, or represent a great people with negativity, only with pride. I take pride in my country, and I carry that pride across the world," Ms Das said.