Congress Leader Asks Adar Poonawalla To Names Those Who Threatened Him

"He said in an interview that I have been threatened on the phone. He should disclose the name of the person from whom he received the threat call," said the Congress leader. 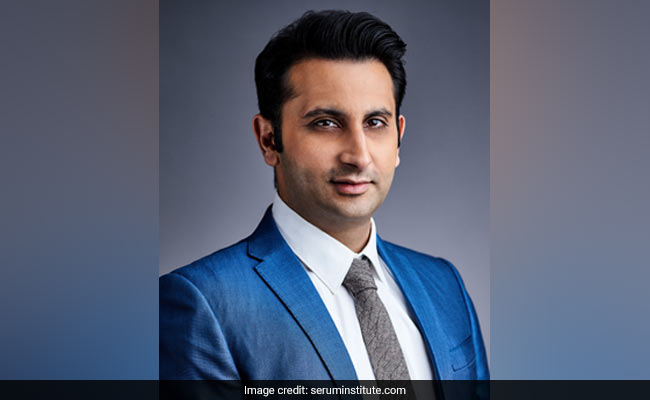 A day after Adar Poonawalla, the CEO of Serum Institute of India (SII) reportedly said that he received ''threats'' from powerful people for the delivery of vaccines, Maharashtra Congress chief Nana Patole urged Mr Poonawalla to make the names of those leaders public, adding that his party takes full responsibility for his security.

Speaking to reporters here today, Mr Patole said, "Adar Poonawalla (Serum Institute of India CEO) said that he was threatened by some senior leaders. Congress takes full responsibility for his security. But he should make it public as to who are these leaders."

"He said in an interview that I have been threatened on the phone. He should disclose the name of the person from whom he received the threat call," said the Congress leader.

"A person who is not in India is being provided with Y category security by the Central Government, which raises suspicion. This time is not of engaging in politics. Therefore, I urge him to reveal the names of those who are threatening him," added Mr Patole.

His remarks came after the Ministry of Home Affairs (MHA) had on April 28 informed that CEO of Serum Institute of India Adar Poonawalla will be provided with Y category security across the country by the Central Reserve Police Force (CRPF).

Yesterday, in an interview to a London newspaper, Adar Poonawalla had complained of receiving threats from politicians and "powerful men" demanding quick delivery of the Covid-19 vaccine that his firm has been producing.

Mr Poonawalla also complained of being "vilified and blamed", and hinted at starting a new vaccine production unit in the United Kingdom.

He had said he had received calls from "some of the most powerful men in India", including "Chief Ministers, heads of business conglomerates and others."

Mr Poonawalla has been in London with his family for the last few days.

Stating in an interview that he was staying in the UK for an extended time, he had said, "Because I don't want to go back to that situation. Everything falls on my shoulders but I can't do it alone. I don't want to be in a situation where you are just trying to do your job, and just because you can't supply the needs of X, Y or Z you really don't want to guess what they are going to do."

Meanwhile, India registered a slight dip in COVID-19 cases as it registered 3,68,147 new coronavirus infections and 3,417 related deaths in the last 24 hours, informed the union health ministry on Monday morning. With this, the cumulative count of the cases has gone up to 1,99,25,604.