The campaign aims to convey to the people the solutions that the Congress has to offer. 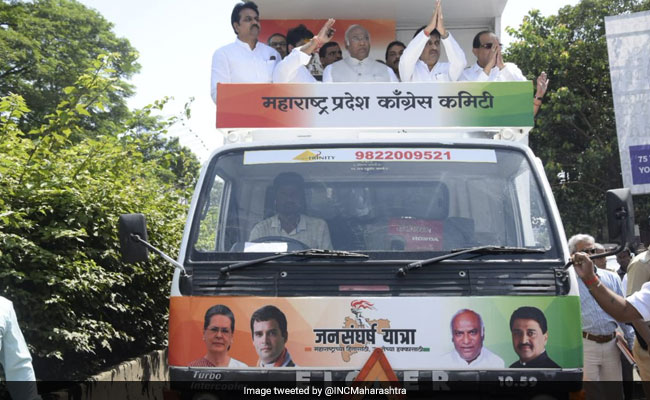 The Congress party today launched its 'Jan Sangharsh Yatra' campaign in the city to highlight the "failures" of the BJP-led central and state governments in fulfilling the promises made to the people.

The campaign also aims to convey to the people the solutions that the Congress has to offer.

It was launched in the presence of party general secretary in-charge for Maharashtra Mallikarjun Kharge, state Congress chief Ashok Chavan, Opposition leader in Assembly Radhakrishna Vikhe Patil and other leaders.

The leaders are expected to hold rallies and participate in processions as part of the first phase of the public outreach programme. This phase of the campaign will culminate on September 8 in Pune.

The next phase of the campaign will be launched on October 2, marking the birth anniversary of Father of the Nation Mahatma Gandhi, in north Maharashtra.

The party plans to cover Marathwada and Vidarbha regions before winding up the three-and-half month campaign in Mumbai.

The campaign is being seen as Congress's preparation for the 2019 Lok Sabha elections.